As TSB is slowly growing, more and more people join the community. Sometimes it’s nice to know and learn a bit more about the people behind the community, the people making it all possible as well as to hear from it’s members, the people that make up the community. We thought it would be nice to spotlight a member of the community every week to get to know them. This week is the forty ninth in the series with Zander who has shared some interesting things, so enjoy! 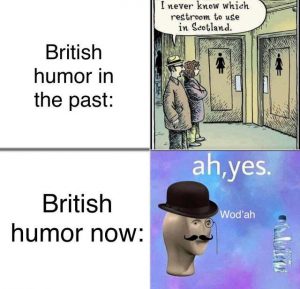 “Hello! I’m Zander, the 30 something local T-2 nut job from the UK, where we drive on the CORRECT side of the road. I run my own business as a Photographer at Natural Light Photography. If I’m not sitting on my arse playing games or going down the YouTube rabbit hole (srsly, the amount of weird stuff that’s on that site scares me, aaannnd that’s not an easy thing to do…) you will find me walking the dog, going clay pidgeon shooting (hopefully will start doing some practical shotgun soon i.e. running around a forest with a loaded gun shooting targets for points) and flying a drone.
I’m a ‘keep to yourself, treat others how you would like to be treated yourself’ person, which is also my ‘mantra’ in life, something that I feel a lot of people these days seem to forget that we are all human, we have our own lives to deal with; it is hard enough to deal with and your ego isn’t helping.”

“….Wait wut?! I have a job in TSB?!
Other than the occasional sound board use on TeamSpeak not much other than to play dem games and just have a laugh. I do help out where I can in training sessions or helping the new guys with any issues that they may have.”

“This may seem soppy and cliché but my dog Fraya is a major part of life, she came along at a really dark time for me (one of many) and has helped me out of my shell a lot. If I have had a hard day, coming home to a dog that is super happy to see you brightens my day.
Music is a big part of my life too, I don’t really get along with a lot of people so I kind of just want to sit and listen to music all day, it helps me relax.
Oh, shooting guns makes me happy too.”

“I’m a huge metal head, and probably listen to far too much at a stupid volume which would explain why I can hear ringing in my ears all the time, but funnily enough I do like a lot of other music styles as well, be it EDM, Dance, Ska, pirate (yes, its a thing), punk, all the way to classical. There are a lot of songs that I listen to on repeat but the one that appeals to me the most would be a song that I have found recently would be Jinjer – Pisces.
Before I was 13-14 music wasn’t really anything to me, I’d listen to anything to pass the time but when I was in secondary school (high school for those across the pond) that I had a lightbulb moment and found music that spoke to the soul and it just happened to be punk rock and heavy metal. It was really surreal for me.”

“Out of all of the games I have played the one that sticks out would be the Witcher series by CD PROJECT RED. It seems in this day and age that it is super rare for a game studio to actually REALLY care about the project that they work on and poor everything into making a game that stands out. (looking at you EA >.> )”

“Far too long, maybe a good 20+ years? I started on a PC went to a PS2 then a PS3 then realised what I was missing out on was PC gaming and stuck on pc ever since. As for TSB, I think it will be coming up to a year soon not too sure when I joined, but I think it will almost be a year soon.”

“My memory is spotty due to reasons, but I think the first game that I ever played when I was about 10/11 was either Medal of Honor: Allied Assault and/or Quake. I played it on the family PC that one of my mum’s friend made for us when dial up 52kb internet was a thing and he threw in some games that I wasn’t really meant to play, but they didn’t realise what was on them. I just took to it like a duck to water.”

“Managing to trick an admin of a very popular server on ARK: survival evolved into giving me an extremely high-level flying mount that you could not realistically capture in the game.” 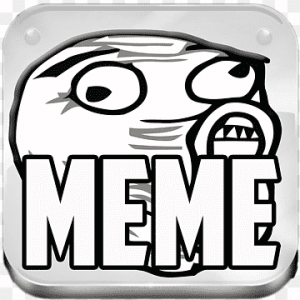 “oooooff, where to start? Not being able to turn off my sound board on TeamSpeak when it decided to spam everything, I had loaded on it when 30+ people where in the TS3 room and the sound board program wasn’t even running? Yer, that happened.”

“So, since I’m not a staff member I don’t know what goes on behind closed doors but since I have run my own gaming communities before, I know the kind of pressure that they are under, with that said. There are 2 things that I would love to see changed that I believe would benefit TSB as a whole.
There a few people who need to be knocked down a peg or 5 and loose the ‘I’m a higher rank than you, thus I can do what I want, rules don’t apply to me’ attitude and actively help newcomers to the community. Even if its a dumb question that they ask.
and lastly, the tier system is in shambles, I understand why it is there, but dear lord, change it or get rid of it!”

“Those would be to rude to post on here ;D ”

“Can someone explain, why that MBT flying?” 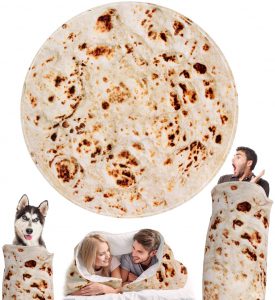 “Tortilla wraps with rice, cheese, beans and mince beef, NOM NOM.
non-alcoholic would be Robinsons Orange squash I live on that stuff
Alcoholic drinks would be Magners cider or Russian Standard Vodka drank neat with a bit of ice.”

“Tell us about the biggest mess up you ever made in your life outside of gaming and what was the fallout from it?”

Now Undeadcog had a question from their interview: “What’s the most pointless thing in the area you live?”

“So where I live there is a park just up the road from me within 5 mins walk, its not a very big park but its decent enough and you can walk from one side of it to the other in less than 1 and a half minutes and someone in there infinite wisdom at the council decided they needed to spend some money for the park, what did they decide to put in the park?
SOLID METAL FRIZBY GOLF NET TOWERS, NO ONE PLAYS IT!!
I go up there every day and no one ever uses them and there are like 10 of them at the park it is so silly.”