As TSB is slowly growing, more and more people join the community. Sometimes it’s nice to know and learn a bit more about the people behind the community, the people making it all possible as well as to hear from it’s members, the people that make up the community. We thought it would be nice to spotlight a member of the community every week to get to know them. This week is the forty seventh in the series with gamer that likes Tabletop wargames with a tiny bit of something else from last week, anyway they call themselves Backinblack. 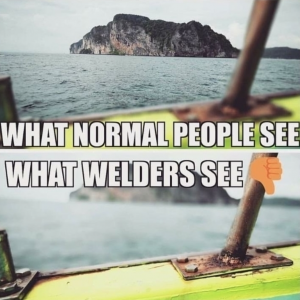 “I’m a 27-year-old welder from middle of no-where South West Georgia enjoying my life with my wife, 3 dogs and a cat that sometimes likes to vanish. If I’m not working, gaming or spending time with my lady you’ll find me fishing, hunting or expressing my love for tabletop war gaming playing Warhammer 40k or BattleTech.”

“Currently a T-3 trainer, which means training new community members in the art of Arma. Being a T3 also means being a pillar of the community in which lower tier members look up to and strive to be.”

“My wife and dogs make me happy in the real world. In the world of gaming blowing things up with copious amounts of explosives.”

“To everyone’s surprise it’s actually NOT Back in black by AC/DC but actually Nobody Praying for Me by Seether as it describes me pretty well.”

“Ahhhh, good question probably MechWarrior 4 as it’s the last proper good MechWarrior game. (Living Legends doesn’t count) As it has open sprawling maps with tons of things to shoot at with a pretty dynamic campaign and good graphics for the time.”

“Since the late 90’s starting out on the N64 and PS1 as a young child eventually moving on to the PC, PS2, GameCube and finally the original Xbox in the early 2000’s. In the late 2000’s I would weed the consoles down just the Xbox 360 before ditching it for PC gaming all together.
For Tabletop gaming I have my dad to blame for getting me into BattleTech. From there I added Warhammer40k to my collection as well. As for each one I’ve been playing Warhammer 40k since 5th edition and BattleTech since 1998(I think, I was only 6 at the time).
As for PC gaming I’ve played tons of games ranging from EVE online, Arma 1 and 2, Battlefield 2 and World of tanks/Warships. If its a named gaming genre I probably played a title that fits it.
As for joining TSB I joined in July 31st 2019 meaning I’ve been here for about a year.”

“My parents getting me a N64 so I would have something to do on rainy day other than tear the house up or going outside and getting super muddy. I joined TSB because the previous World of Warships community I played with tore itself apart due to toxicity. So, I returned to Arma after a 10 year hiatus and found TSB as it was the perfect mix of milsim and casual.”

“Being part of one the biggest battles in Eve online during the battle of 6VDT in the fountain war of 2013. As for TSB my first real time squad leading during one of Badwolf’s 2 life op. It already started out bad with my squad getting wiped in the first 15 minutes. Then my original SL lost internet sometime later and couldn’t come back. I took control of the squad as I was the Team Lead and managed to drag them through urban combat; which even though some died on their last life(including my squads medic) I eventually managed to drag 4 or so guys including myself to the end of the op in more or less one piece.”

“My biggest gaming blunder of all time was during Granite’s Vietnam op where me Undead and Abe dropped Spicy smoke (white phosphorus) artillery rounds on the entire ground force. Everyone died except for us. Much OOF and many Zeus heals were had.”

“To make sure the migration goes smoothly with the new website and listen to feedback on it.”

“In TSB, riding in a vehicle memeing around with guys and gals as we drive to the next AO. In the real world, sitting on a boat fishing on a nice spring morning.” 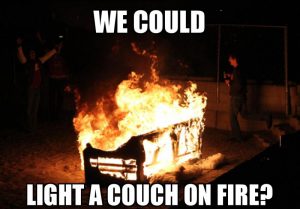 “Why is the couch on fire?”

“Veal Parmesan and a can of Pretoria Fields’ Walker Station.”

“What’s your favorite aircraft to fly in Arma?”

Now Abraham Hark had a question from their interview: “Why do the metal men with the green pew pew always win!!!!”