As TSB is slowly growing, more and more people join the community. Sometimes it’s nice to know and learn a bit more about the people behind the community, the people making it all possible as well as to hear from it’s members, the people that make up the community. We thought it would be nice to spotlight a member of the community every week to get to know them. This week is the forty fourth fifth in this entire series where we are only five more away from huawei five-0…….sorry uh moving on we have someone whom has been very active in more ways than one proving that gamers can be more than couch potatoes with this gamer called Vankrom. 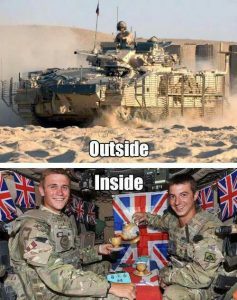 “Other than my role as a mission host I am just an average (if even that) T-2 who enjoys being in the Autorifleman role as infantry or either a driver or gunner in-vehicle crews.”

“When at my PC I like to help people out on games like Elite Dangerous where I used to run with the fuel rats; Offline however it can be anything from Cycling, Rock Climbing or working on some home improvements.”

“If I HAVE to pick one it would be Sanctified with Dynamite by Powerwolf however My Name Is Murder by Brendon Small is hot on its heels.”

“Recently been getting stuck into Titanfall 2 with a few others in TSB. Nothing quite like punching someone into red mist as they are mid-air trying to climb onto your mech.”

“From a rather young age, I can recall getting a PlayStation 1 for Christmas when I was small, the blocky original one not that weird smooth downscaled version. As for TSB, I have been here just shy of a year.”

“Where I grew up was quite rural with my school being a 2-hour drive away I suppose my Nan felt it would give me something to do. As for TSB, I joined because I had been looking for a community that played Arma among other things but wasn’t some super strict “yes sir no sir” mil-sim rubbish.”

“My greatest moments are when I am in a vehicle crew as the inter crew communication is spot on along with when we get to wreak havoc on enemy vics and infantry…without some friendly soldier playing chicken with us in the road.”

“I still remember this one quite vividly, I was a gunner in an AMV-7 Marshall and a passenger called out a helicopter and all I saw was its nose pointing right at us so I opened up on it only to later find out it was a friendly resupply helicopter being flown by Badwolf I believe. Even though folks said it was very accurate fire I still was very quiet when it was mentioned in debrief.”

“Due to the sheer amount of recent changes, I would probably wait to see what happens though I must admit for any changes we do there must be some way for current and established members to be recognized as members on the new system.” 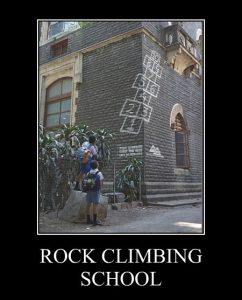 “If we are talking about TSB, then probably most of the pre-mission banter that flows forth like a flood gate has been opened. Outside of TSB it would be doing rock climbing at Black Cuillin and Siudhe Biorachon which are near Isle Of Skye in Scotland.”

“A multinational cacophony of laughter and pure unbridled chaotic energy.”

“My favourite food is pizza which I make myself with the toppings of chicken, red onions, bacon and mixed peppers. As for a drink probably Lancashire Mead Company’s Viking’s Blood Mead which is a lovely melomel (fruited honey mead).” 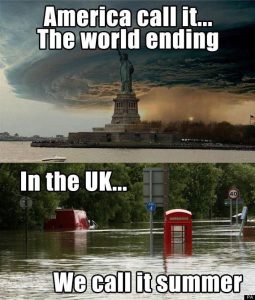 “Abraham Hark one of my fellow British blokes!”

“Will you ever stop eating cheese squares in your skivvies like some sort of savage?”

Now Emz had a question from their interview: “Just how squishy are you?”

“Considerably less squishy than you flyboy, better watch out for those HE rounds from an AA battery!”