As TSB is slowly growing, more and more people join the community. Sometimes it’s nice to know and learn a bit more about the people behind the community, the people making it all possible as well as to hear from it’s members, the people that make up the community. We thought it would be nice to spotlight a member of the community every week to get to know them. This week is the forty third where they managed to get their answers to us while slaving away for Arma before Liru realized, nice one Emz! (We’ll rescue you SoonTM) 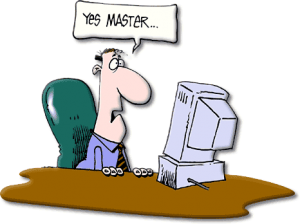 “I’m Emz, 20, probably the worst gamer in TSB. Rn I’m studying Computer Science (how to be sad) in college.”

“Have no jobs/official roles here, but I’m the unofficial cat lady (someone’s gotta keep the pet channel active). I’m also one of Liru’s edit slaves… its fun being locked in the basement…”

“CATS CATS and more CATS!!! Money and gaming are also somewhere on that list, but neither of those purr (yet). Did I mention cats?”

“So rn it’s most of the Rocketman soundtrack, but there’s a lot of 80’s rock and synth pop creeping its way back in. Like as far as songs I love listening to “Love me like there’s no tomorrow” by Freddie Mercury, love that song… air conditioning unit… (very big fan).”

“Oooohhh that’s a tough one… The only game I keep going back and playing is the original Battlefront 2. It was one of the first games I played, so there’s a lot of nostalgia there. But the main reason it’s like number 1 on my list is mods… Like whatever about Skyrim, BF 2 and 10 minutes of modding just makes the game look and play 100x better.”

“I started playing games when I was 4 on my families glorious Pentium 4 pc… that makes me feel very very old…. Still have that PC though, and it still works…
Joined TSB about a year ago, not really much to say on that front XD.”

“Probably my dad mostly, like as far as my introduction to gaming, I was raised on classics such as “Lego Island” and “Age of Empires”. I started gaming on PC, then went almost exclusively DS/2DS until I got my laptop and desktop when PC became relevant again.
Why did I join TSB? I feel everyone asks that question at some point XD. The main reason was one of my friends was basically always playing ops here, so eventually I got bored with no one to play with and joined.” 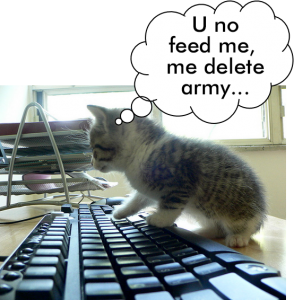 “As far as game achievements go… I don’t really have too many… Like there’s nothing I’ve done in a game that makes me go “look mommy, look what I did”. If I had to pick probably beating all the shrines in breath of the wild… that involved many late nights and I have 0 regrets.
TSB achievements? I’m literally the biggest idiot here XD. Surprisingly, I have never bad fragged… that’s gotta count for something, right?”

“Biggest blunder for gaming in general…Can’t remember any specific ones, but I have said “I have a great idea…” and then have it immediately backfire many… many times…
There was also that time Dougal (Moo) (My cat) caused the great Age of Empires genocide of 2019… I had my army selected… he sat on the delete key… fill in the blanks…

Biggest blunder in TSB probably from my first couple of ops, one of them I accidentally wondered off with the wrong squad XD… there’s also 90% of the time I drive… never ends well…”

“Me? In a position of power? … Something would definitely catch fire…. I mean… TSB is already pretty well run… But if I had such power… I would ban Barbarian for a week every time he misses a video deadline… to give him more time to focus XD.”

“Here in TSB?
Favourite op by a mile is Mallen’s SCUD search op, long story short, we accidentally blew a nuke.
Personally I prefer the more light-hearted meme/fun ops, just find it easier to unwind. Especially that one time my medic morphine OD’d me (You know who you are!!!)” 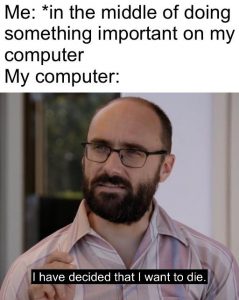 “Rn I’m using my “it runs” pc, the motherboard is dying… windows crashes a lot when I run code (though that may be my fault). It’s got a 4th gen i5 and a 1660, it does it’s job and was pretty affordable, so can’t complain too much.”

“A bunch of f***ing degenerates but I love them.”

“Favorite food… big fan of pesto pasta or mac & cheese… I also love chocolate and coffee (and the mocha megazord).
In terms of like drink… I love gin and various cocktails (especially cosmo’s)… I am also known to consume beer, vodka, whiskey, basically anything that’s not wine (that stuff burns). I am an incredible light weight… 2 pints/shots and I can’t walk in a straight line, 4 and I can barely walk… Anything after that I either don’t remember or resulted in my getting carried to my friend’s house after passing out….
When I’m drunk… for unexplained reasons… I get extreme cravings for pizza…”

“How many cats do you have, and how many do you want to have?”

Now Nymia had a question from their interview: “How is the video editing going, anything extra fun you’ve found while going through footage?”

“Video edits going good… ish… little stuck for ideas on my current vid but it’s getting there. Yeah… there’s been some fun clips I’ve found… one involves me driving while my internet was poo poo… there were many screams….”