As TSB is slowly growing, more and more people join the community. Sometimes it’s nice to know and learn a bit more about the people behind the community, the people making it all possible as well as to hear from it’s members, the people that make up the community. We thought it would be nice to spotlight a member of the community every week to get to know them. This week is the forty second with someone whom appears to be a jack of games in a few ways, Nymia. 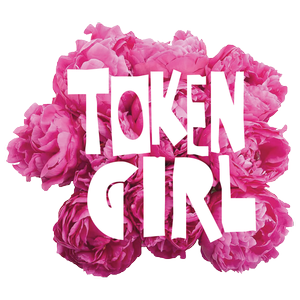 “Heeeey I’m the token TSB Girl (Seriously yall need to stop scaring the others away), the abrasive, sarcastic and hopefully a little lovable Nym. I’m a 31-and-a-bit-year-old, living in Stockholm, Sweden. I work at Spotify as a Cyber Security Engineer specializing in Incident Response and Malware Analysis. Outside of this community of Incels I do Roller Derby, Snowboarding, Rock Climbing”

“I am T-3 in the Arma group in TSB, I’m also in Zeus training currently, so hopefully will be doing that soon! I’m also a space nerd with Elite Dangerous and fly around shooting stuff and teaching others to shoot.”

“Fresh Coffee, I live for fresh coffee. A good powder day when I can get out on my snowboard.”

“Neverwinter Nights – I love D&D RPGs, and the sword coast is my favorite setting of it, the game was huge and so expansible, my first venture into programming and modding was via NWN.”

“I’ve always been a gamer, since I got my first PlayStation at (insert young age). I joined TSB about 9 months ago now.”

“Games have just always been there and always seemed like a valuable use of my time. Azariah dragged me here.”

“I helped write Roguecraft for Elitist Jerks back in the WoW Vanilla/TBC Days, as well as have world top 10 kills in Black Temple with the same group. In my late teens I loved WoW, its a shame they ruined it. Ah well I just took myself over to FFXIV instead.
In TSB making T3 within 6 months was a real shock and I’m pretty proud of it, I try to help people when they aren’t being dumb and its nice to have a small selection of really good players to do small ops with.”

“I stopped playing FF7 original after… that moment, you know the one… so I never, and have never completed it. Gonna get past it in the remake.
In TSB? Well I Squad Lead a bunch and have led countless squads to their demise as all SLs have, soooo pick one.”

“Arma tier system needs a shake up, badly. Pogo is doing a good job but I think it needs something more drastic.”

“I like shooting stuff, when hostiles get shot and we don’t all die, that is good. Sniper led a good squad the other day where we ran around a swamp and didn’t shoot anything, more Sniper SL’ing and more shooting stuff. It makes for good times.”

“Who has the updated TSB Bingo Sheet?”

“Sushi, hands down no competitor.
Drink-wise, I am partial to a Gin. A nice Irish gin and some tonic with ice and maybe a sliced strawberry. Yes!” 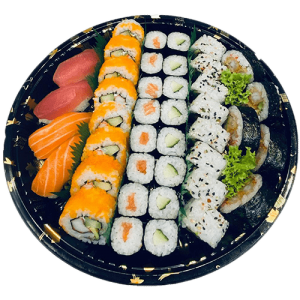 “How is the video editing going, anything extra fun you’ve found while going through footage?”

Now Havoc-Dan had a question from their interview: “How was the move?”

“Havoc-Dan asked how my move went, for those who don’t know I just moved from Dublin, Ireland to Stockholm in Sweden. Holy cow moving during a global pandemic is a pain in the ass but it went ok. I’ve got my new place all sorted and some people are very jealous of it, I’ve heard ‘apartment goals’ mentioned a few times now, so I’m pretty happy with that and my new job is going great. So, all in all pretty damn good! Thanks for asking :D”