As TSB is slowly growing, more and more people join the community. Sometimes it’s nice to know and learn a bit more about the people behind the community, the people making it all possible as well as to hear from it’s members, the people that make up the community. We thought it would be nice to spotlight a member of the community every week to get to know them. This week is the thirty-ninth with Alex if you were speaking their name as the true spelling of their name is Alykz. 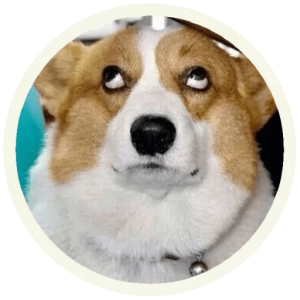 “Just a, relatively, older gamer. Currently 36 years old, with a full-time job (database developer), house (suburbs), wife (English), son (toddler) & a corgi (Evie). Gaming is something I’ve loved to do, all my life. If you’re wondering who I’m in ops? I’m the calm non-salty one. I try to put the group before the individual. By the way, it’s pronounced “Alex”. I started as “Alykzandor”, but so many couldn’t phonetically figure out the name for some reason, so I dropped the end off to help out.

My life can restrict my availability with how many multi-hour blocks of free-time I’ve for ops, but I basically play 1-2 ops a week since I’ve started. There’s been a month here & there where I’ve been able to play way more than that due to shifts in real life stuff, which has been nice. The current COVID situation has led me to increase my ops-per-week attendance, which is also nice, since I’m “working” from home. I’ve also attended virtually every Monday Potluck since I’ve started, only missing a few for reasons outside of my control.”

“To improvise, adapt, & overcome. Currently I’m a T-3. So, my “job” is to enjoy my time here, help mitigate drama by not adding to it, work with other T-3s to improve our capabilities & to pass on what I know to other non-vets.”

“I’d start with my son, but that’s a given. Otherwise, there’s a lot of little things that make my happy. My life is pretty nice, comparatively, & I attribute that to how I tend to handle things, my decision making & a little bit of luck.”

“Right now, due to my profession requiring me to hammer out some critical stuff by a certain time, I’ve got a specific song on loop. A great “stuff’s on the line, get it done” song. It’s “Solomon’s Theme” from Battlefield 3’s OST. As for normally, it’s a mix of post-rock (like Mogwai), synthwave (like Lazerhawk) & various OSTs (from games/films/shows).”

“I’ve got so many favorites, it’s such a difficult question to answer. So, if forced, I’d say “Deus Ex”. The reason is because of what it brought to the table at the time, compared to the others out there. Also, for the groundwork it laid for games that came after. I really don’t need to say much more, because if you don’t understand, then you haven’t played it & if you haven’t played it, then you know what to do. Just keep in mind, with how it presents stuff, that this game came out pre-9/11 & all that followed.”

“I’ve been playing games since I was 5 years old. So, I’ve played very many and a large variety too. Though, I’ve still likely not played someone’s favorite. There’s a few genres that have no appeal to me. Been a PC gamer all this time, but I’ve also owned an NES, GameBoy, SNES, N64, GameGear, DS, Xbox, & PS4.

“My 1st (on PC anyway) real big game was MechWarrior 2 (that OST, oh my). Got me hooked on BattleTech too.

I always liked the Arma series, but I’d never played with a group. Saw some videos on YouTube, then Twitch, then caught a stream of Liru’s one day. Now, it wasn’t the Zeusing or shenanigans that drew me in (sorry Liru), but what I heard on the ground betwixt the player base. How they’re working together as a team to complete the objective. That’s what drew me in big time. Still here.”

“For in general, that’s actually difficult to say with as long as I’ve been gaming. A recent couple moments that come to mind though are getting the Platinum Trophy for Bloodborne & defeating Darkeater Midir (as a quality build claymore wielder, sans magic) in Dark Souls 3.

For in TSB? Would probably be when my leading helps us all accomplish our objectives, but there isn’t really a singular moment that outshines the others. It’s just great when it occurs. However, I do remember this one time I was on point as a TL, clearing a lumber area near a port. Had a John Wick moment & took out maybe two squads of guys, thanks to ample cover & backup.” 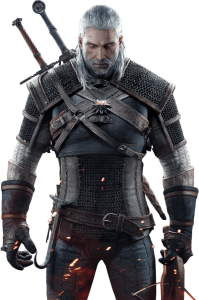 “Biggest in general? It’s relatively recent. Taught me something too. Stuck with me. It was Witcher 3. Playing it completionist style (& enjoying it immensely). Will try to keep this spoiler free, but you have to make certain choices throughout the game with regards to Ciri & how she handles things. The choices that I made I felt were the correct ones at the time, in terms of what I’d do if I experienced Geralt & Ciri’s dynamic. However, these choices eventually led to me having the worst ending. It was very dark, but made total sense. Definitely hit me pretty hard at the end, that feeling, because I had a son on-the-way to being born. Made me realize I needed to look at things a bit differently when raising him.

Biggest in TSB? It was an Ambiguous op, in the jungle. I was the (sole?) squad lead. Some poor decisions on my part led to an absolute slog for everyone. Great learning experience though. Got some great advice at the time from vets that also attended. My leading improved immensely afterward.”

“I’d need to see what they actually deal with day-to-day in order to determine if there were any improvements that need to be made, or if they even could be made. Then, if any issues were found, I’d think on it a bit, discuss, & try to implement a sensible solution. Deal with stuff on a case-by-case basis.”

“It’d be when we all communicate & coordinate as a unit, whether I’m a lead or not, to complete the objective(s) successfully. That cohesion, with plenty of banter sprinkled throughout, makes for the best ops/moments.”

“Not sure how detailed a response you want for this…so, let’s simply say a (now thankfully) high-end PC, a 1440p 144hz monitor, a mouse with side-buttons, a mechanical keyboard & headphones with a separately attached mic.” 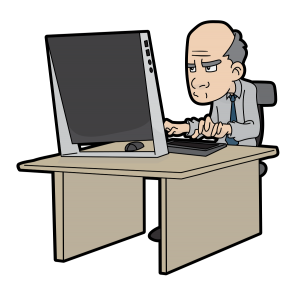 “badwolf1358 (I think he likes it lowercase). The reason is due to me wondering how he hasn’t been picked yet. Let’s go, fellow old man.”

“Did you get the thing, at the place, from that guy? You know, during that day, with that event that happened.”

Now kerbalspacepolice had a question from their interview: Is a hotdog a sandwich? why or why not?”

“Yes, a hot dog is indeed a sandwich, as much so as a sub is a sandwich. Just because the bread isn’t split doesn’t mean it’s not a sandwich.”