As TSB is slowly growing, more and more people join the community. Sometimes it’s nice to know and learn a bit more about the people behind the community, the people making it all possible as well as to hear from it’s members, the people that make up the community. We thought it would be nice to spotlight a member of the community every week to get to know them. This week is the thirty-eight with someone who hasn’t police’ed the Kerbal Space program very well considering the explosions and deaths that can occur there….it’s kerbalspacepolice. 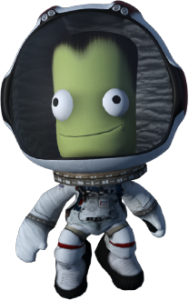 “I am a 20-year-old living in North East PA, and a hopeful student for maritime (unsure yet as to what specifically! Engineering, Logistics, General maritime, its all so interesting!)”

“I am just a member of TSB, currently T3 but who knows what the future will bring! I was a Zeus for a while till life took over and am one of the people from pre TSB days still around.”

“I have a love for music, history, and especially historical boats.”

“My all-time favorite game would have to be WG:RD nothing else like it, even though Arma has my top hours so far at 3k.”

“Since around 2007 is the first time I remember playing video games. I have been with TSB since we moved over from VG waaay back when, its been now over three years!”

“I remember playing PS2 GTA:SA and VC along with Grand Turismo back in 2007, but my first computer was an old dell laptop with no internet, my only two games were Star Trek Armada II and RCT. My first PC was an all in one, which played the open beta WT at 10 FPS on low settings!

I built my first computer back in 2015-ish and started playing M&B WB: NW(Mount and Blade Warband: Napoleonic Wars). Which through those groups I was introduced into Arma 2 and eventually Arma 3(yes I did play a sorta milsim, it was pretty cringy). This is where I stumbled upon Liru, a fast growing YTer making Zeus tutorials. Looking into the group he was playing with; it didn’t look like a mil-sim or on the opposite end a life group. I thought screw it I’ll join and see how this plays out! We then moved from VG to TSB (over teddy bears) and I’ve been here ever since.”

“My greatest gaming moment would have to be beating smug M&B mil-simers on horseback with my band of light riflemen; after they challenged us to a 1v1 because we were not “hardcore” or milsimers!
Faugh A Ballagh! clear the way!

As for TSB, way back when we did a few PVP ops with rounds and switching sides, etc. The teams were US vs Insurgents. It was the last round and it was tied, we had to win obviously! So, me and another guy crewed a T-34 and wait at the mountain pass for the US team to roll up the hill with their 3 Bradleys and Abrams. The US’s objective was to defend a convoy and ours was to stop it. Those were some tense few minutes waiting for the hammer to drop! To compound this I only had a short range which could communicate with one other squad, it was a cluserf***!
The convoy got ambushed and we rush out and promptly neutralize all three Bradleys and gun down the rest of the dismounting infantry/convoy trucks, winning the match(the Abrams was DOA as it was at the front and got hit by combined IED and RPG fire), a fine day for smoking American wrecks!” 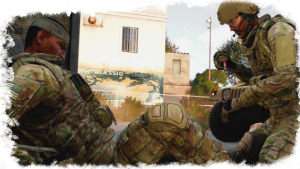 “My biggest gaming blunder would have to be in TSB actually! Waaay back when I was still new to the community, we were city fighting on a desert map (the name escapes me) and I was the only medic for the whole squad (12 dudes…no pressure). About halfway through I try to go and get someone that was down, as we were getting chipped away from all sides, I get blaped from who knows where! I watched the stream back and the dudes were standing in front of me across the street!

I was on like 2 FPS so I’ll still blame frames and not my poor eyesight along with awareness! half my squad died but we still finished the objective in the end.”

“I would promote teacher to tier 6, since no one else has thought to do it already apparently.”

“I enjoy just running around and shooting things, pretty simple tbh, I love every campaign Sniper and bLLLLman have done even if I couldn’t play them all! My favorite moments are always with a friend be it skelly, mak, sniper, etc. as long as I’m playing with friends its always a best moment.” 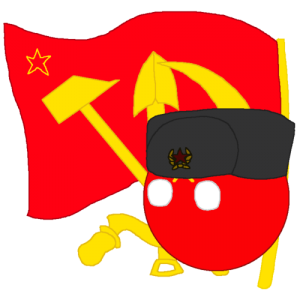 “My favorite food would have to be chicken Alfredo, and my favorite drink would be San Pellegrino Aranciata.”

“Is a hotdog a sandwich? why or why not?”

Now RulingCommander had a question from their interview: “Assuming you’ve played Kerbal Space Program, how many kerbals would you say you’ve guided to an “untimely demise?””

“I really don’t know, all the lives lost, all the ships destroyed, was it really worth it?? I would say yes, for science! TBH for the first few playthroughs I did I never used kerbals because I was scared of losing them! Though many in the past years I’ve played had pretty bad fates, it took me around 30+ tries to land on the Mun for the first time successfully!”