As TSB is slowly growing, more and more people join the community. Sometimes it’s nice to know and learn a bit more about the people behind the community, the people making it all possible as well as to hear from it’s members, the people that make up the community. We thought it would be nice to spotlight a member of the community every week to get to know them. This week is the thirty-third in the series with someone who has an apparently hard to pronounce name as well as all lowercase, it’s kvasius. 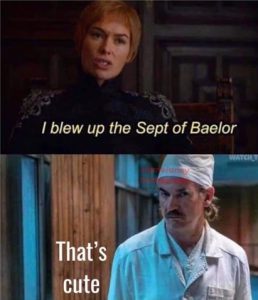 “I am kvasius (with a small k). Currently (and hopefully, for a looong while) I work as a teacher at NTUU “KPI” (I would write it completely, but it’d be way too long) in Kyiv, Ukraine. Would tell more about that but then Chernobyl Zone would take me. (and we’d sit here for another 29 years).”

“Once upon a time, I was me, player, memer, part-time Arma host, and generally kind of a person.”

“EXPLOSIONS! No, really.
That and cute wholesome stuff.”

“Nowadays or in general?
Nowadays it’d be something like GANGgajang – Sounds of Then (This Is Australia). It’s just a nice song is all I can really say. Even if it is a bit odd.

In general… random stuff really. Lots of OST tracks from games and films. Random music I hear once and take a liking to. I don’t really have reasons for liking select music over others, something about having my ears exposed first to ~10h of random bad Slavic pop music blasting out of giant speakers 5 meters in front of me; and then rocket artillery.”

“All-time favourite? Probably Wargame: Red Dragon. One of the more under-appreciated unique RTS’s. Cold War era is fun and sort of unique, giant variety of units and tactics (pls no hind rush) make for a great sandbox element. On top of it, I got to know a lot of quite interesting people while playing it.”

“I have 70 years of experience behind this here gamer wheel. About 1.5 years on this here road though.”

“Stuff. Maybe something about boredom. But mostly stuff. As per TSB – I was invited to play in an ultra-realistic hardcore milsim)) group, but then I saw TSB… Guess what happened next.”

“As per in general… who knows, it’s been so many years there might’ve been something I forgot.
As per in TSB – coming up with the most BIG BRAIN approach to an objective. Ever. By pretending to be Thomas The Tank Engine. It was in an Andrews’s UN-ish? op, where I happened to lead a squad. As everyone took the (most obvious ambush spot ever) only road towards the objective, I decided to be extra fancy and take a turn, driving uphill and on a small railroad. I believe, the quote was “We are going to choo-choo straight into it)))”. As the rest of the squad started asking about the road everyone took and if that wasn’t a faster road… most of the force on the main road got ambushed and blew up in a span of about 10 seconds. This caused an understandable reaction of the whole squad blowing up in laughter.” 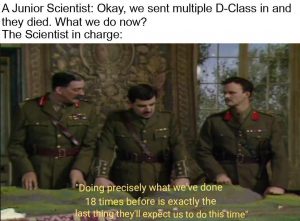 “In general – again, no idea, I probably screwed up more… but I don’t remember it, or I just don’t want to remember, I dunno.
In the TSB – blowing up a vehicle with half of the server in it. As a Ground Command, with an AT4.”

“I would permanently time out all “americans”.”

“Generally, a lot of stuff, some of which I’d be too embarrassed to speak about.
Some TSB highlight’s would include:
– being shwacked in a face with a desyncing BMP;
– driving a T-34 in a 2035 Russian armed forces op and outliving Armata’s;
– stealing a T-90, and then having friendlies fail to explode said stolen T-90 for about 15 minutes;
– perfectly stealthing a stealth mission until realisation that “stealth” failed about almost instantly;
– lots of original jokes and memes we came up with.”

“I used to play on a po… carrot PC for a while.

Nowadays… since like two weeks ago, I have my BIG NEW PC MASTERRACE FINISHED))) with GTX 1660 Super and Ryzen 2400G.”

“It should be kind of obvious.”

“Andrewza, obviously. If his carrier pigeon gets the message. As per why – gotta lure his pigeon out so I could eat it.”

Now Tempestal had a question from their interview: “Is there a line you draw when it comes to people utterly messing up the pronunciation of your name?