As TSB is slowly growing, more and more people join the community. Sometimes it’s nice to know and learn a bit more about the people behind the community, the people making it all possible as well as to hear from it’s members, the people that make up the community. We thought it would be nice to spotlight a member of the community every week to get to know them. This week is the thirty-second in the series with someone who isn’t related to Shakespre’s play called The Tempest in anyway, it’s Tempestal. 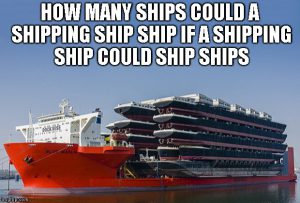 “Hello, my name is Ante, I am 27 years old and I come from Croatia. I work as a mechanical engineer in the shipbuilding industry, designing various ship equipment like drone launch and recovery systems, doors, gangways and other similar stuff, and I’m damn proud of the work I do.”

“Well, I am a T3 (at the moment) in the Arma section and I have no explicit function apart from being the relatively upstanding member. Sometimes I help out with trainings (rarely) or similar, but other than that, I’m as vanilla of a member as it gets here.”

“Finishing work projects well before deadline, a cup of coffee, a seldom night drive around my town and a lot of sleep.”

“Oh damn, my musical taste is… quite varied. However, it has settled lately so it’d have to be “Forget” by The Tech Thieves, however I could dump their entire discography here and still call it a solid #1.”

“The absolute favourite would have to be Battlefield 2 (and its mods, Project Reality especially), I’ve dunked unholy amounts of time in that game and it was my first instance of being a part of some online community. I still reminisce about those days when I was just finishing the elementary school and doing piss-all but playing BF2 and going to basketball practice.”

“I’ve been gaming since I was 4 or 5(ish), started on the Sega Mega Drive, went through the PS1 and then onto the PC, so solid 22+ years and not stopping any time soon.
As for the TSB, I joined it in August 2018 and loved it ever since.”

“Well, when the war ended and my family returned to Croatia, the house they built was located so far away from any other people. In order to keep me occupied, they have bought me the first ever console and the rest is history.
So, as for TSB, I was missing the action of a realistic(-ish) shooter much like Project Reality was, but the community has all but waned ever since I left it some time ago. In my research, I stumbled across Arma and in YouTube, I’ve found the videos from Jester814. However, I’ve found that his community is too much on the military side, but also saw that Liru was doing missions for them. I checked Liru, and afterwards figured that the TSB strikes a wonderful balance between good realism and downright glue-eating shenanigans.
So, TSB it was.”

“My greatest gaming achievement would have to be either winning a faction tournament in PR (Project Reality; Red.), or finally dunking the Lich King in World of Warcraft with my old guild.
In TSB I don’t have a single defining moment, but I do get off a little bit every time I help out some of the newer guys with leadership roles, whereupon they manage to deliver and speak with utter confidence in debrief.” 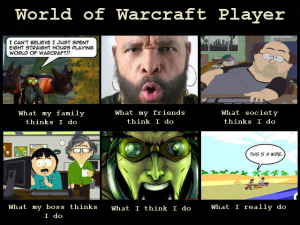 “I did mention I played WoW – I used to play a rogue, a class notorious for causing raid wipes with “untimely” aggro drops and incessant shenanigans, often invoking the ire of anyone important in the guild. To stay true to the archetype, I once managed to pull all the adds in the Naxxramas raid without even noticing during the boredom bout in between the guild preparations. Needless to say, I was forbidden to show up with a rogue to any further raids in that guild. It was painful, but I do giggle about it still.
In TSB it has to be the op where I basically sent BLLLman and Sniperwolf to their deaths by telling them that there were no TOW launchers where someone spotted them. I deferred to my squad, instead of checking it myself and yeah… Debrief was a nasty place to be afterwards.”

“Easy to be an armchair general here, but I would definitely go ham on leadership trainings and establishing stricter comms protocols in ops. I don’t want “over and out” type of trash, but I want people to know that the both long- and short-range networks are an incredibly important asset, more so than those damn shiny jets.”

“I’m going to keep it general here but generally it is:
a) Memeing and talking utter rubbish in the “Hair the Bane throne” channel on TS
b) Being the forward/assault element in ops
c) Seeing people take my advice and apply it to good effect” 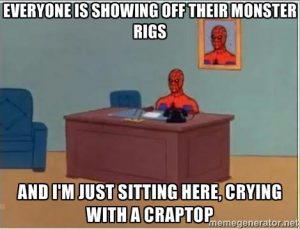 “Euuuuuuuugh, damnit. I am ashamed to say it, but I play on the Acer Predator Helios 500 laptop (i7-8750H 2.2GHz, Nvidia 1070 GTX, 16 GB RAM,…). I am ashamed because when I bought it, I had plans to often travel across the continent for academic research, but that fell through some half a year later and now I’m stuck with it. It is a wonderful and powerful machine, but I got shanked by the twist in my story. Though I am looking to sell it and get a proper desktop…”

“I am not drunk enough to deal with this today.”

“Favourite food would have to be either a black risotto (Risotto made with a cuttlefish ink) or ćevapi (Bosnian meat heaven, hard to explain it, google is your friend here).
Favourite drink is probably mineral (sparkly) water, favourite alcohol is definitely a beer.” 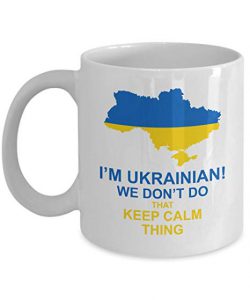 “Oh it *has* to be Kvasius (it is weird to write his name with a capital K). I believe that Ukrainians have gotten an unfair reputation in TSB (coughcoughmakarovcoughcough), so our readers should most definitely get to know an actually decent and well-made man such as kvasius. Also, a man of many mechanical talents, much like me, so this was a no-brainer of a choice. :D”

“Is there a line you draw when it comes to people utterly messing up the pronunciation of your name?”

Now Skelly had a question from their interview: “What would you consider your final, ultimate form?”

“My final form would probably be something involving the voice deep enough to wake Cthulhu and see the cheeks of the wide world clap themselves at a single word. Also, owning a solid-variety yoghurt factory would be a dope prospect for a finishing touch.”