As TSB is slowly growing, more and more people join the community. Sometimes it’s nice to know and learn a bit more about the people behind the community, the people making it all possible as well as to hear from it’s members, the people that make up the community. We thought it would be nice to spotlight a member of the community every week to get to know them. This week is the thirty-first in the series with someone who isn’t a skeleton: Skelly.

So, who is Skelly? 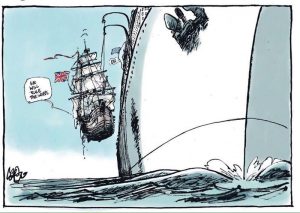 “Well for those who don’t know who I am, which I personally feel is few, I am Skelly one of the many Europeans in the TSB Community. Hailing from the UK specifically, I am is what known to most of my fellow country men as a Northerner. I am around 6ft and in my very late teens and of course male.

I enjoy a variety of Hobbies and partake in weekly sporting activities. Currently I am a university student in my second year of studying aerospace engineering. In my free time you’ll catch me either on the TSB Teamspeak or training with my local or university Water Polo team. I have done a lot of camping and occasionally I will go camping and hiking during the holidays with the goal to at some point complete the three peaks challenge. I have a strong background with sport, spending most of my younger days either training or competing. Athletics, track, football, swimming, martial arts and the already mention Waterpolo are just some of the sports I’ve trained for.

The rest I’ve probably mentioned in my TSB forum introduction, everyone has and a guarantee if you have a look you’ll find some funny ones.”

“In TSB I am Skelly, I mainly zeus/create ops for the Arma community. A further Job I suppose would be organizing/testing the Iron Front Arma modset which is basically the WW2 modset however this is voluntary and is something I enjoy doing. In the future I may step up for a Staff role, within the Arma community or the newly formed TSB Strategy Group, I am yet sure of.”

“Lighter moments, you know the times when a group of you are together anywhere and something happens, be it we witness something funny or someone tells a joke and we all burst out laughing. Such are the moments I commonly find to make me smile and I think many others would agree. I find a lot more of these moments in TSB on the teamspeak and I believe that such moments are what has kept the community going for so long. After all no one hangs about in a depressing place. Though I will congratulate all the TSB staff for creating such an environment for moments like these to happen.”

“I suppose it’d have to be “This Is The Day” by “The The” at the moment. It’s hard to pick a favorite when you have such a wide range of music. It changes a lot but I’d say this came to mind first. Though tomorrow it might have changed again.”

“Favorite game eh? Tough choice, though if was to go back I suppose I would say Company of Heroes. Specifically the first one. Mainly because it was one of my first computer games, I spent many a nights staying up late playing through the campaign and multiplayer. Sadly the TSB strategy group seems to have glossed over this one in favor of the second.”

“Over Two years in TSB and a gamer ever since I was able to comprehend what a game was I’d say. I started way back on my Dad’s Playstation 2 if my memory serves me correctly, playing games such as Call of Duty and medal of honor. I specifically remember “Killzone” and “Iron storm world war zero” being some of the first games I touched. After which I sorta regressed to a Gameboy playing stuff like the “Simpsons Road Rage”, “Tony Hawk Pro Skater” and “James Pond”. From then on it sorta escalated.”

“Watching my Dad play games back when I was younger and then trying different genres of games out. We even used to play some of them together, stuff like the Lego Star Wars series, Medal of Honor and can’t forget the street fighter of my childhood; “Ready 2 Rumble”.

Why did I join TSB? At the time I believe I had just bought my first rig and so was therefore expanding out to other games I couldn’t originally play because of system specs. I’d played Arma 2 on lowest quality and so ended up buying Arma 3. Ended up playing on public servers and eventually came across one of the many Liru videos and that was kinda it.”

“Don’t Really think I have a big one to be honest. I generally think any moment where I’ve caused havoc is worthy, whether intentional or not.” 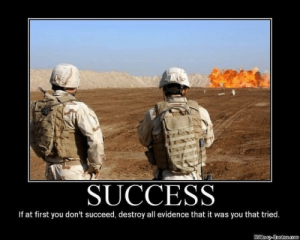 “Probably all the instances where I’ve made a “bad op”. I don’t like it when things don’t go how I imagined it, resulting in a poor experience for others. I hate it with a passion both in game and in real life.”

If you were one of the Council Members in TSB, what would you change, and why?

“Me a council member? Ha, I think I’d probably end up using that power to tweak and change the mod-sets we use constantly. In general I’d probably not change much besides how the ranking system goes but as it stands any changes the community voice about are listened to and mostly acted upon. I see no reason as to why I’d ever end up a council member.”

“This, this and that good moments are plenty, no need to rank which is the best.”

“Lets see, I’m not savvy with PC tech to much but here’s what I generally have:
I5-7500 for cpu
GTX 1060 6gb
1Terabyte SSD
1 Terabyte HDD
8gb’s Ram (need to download more ram later)
Some crappy case
Power is 600watts I think with a gold plus rating?
Monitor is just a Samsung TV
£15 mouse and keyboard combo
Corsair gaming headset
This is an upgraded build that I just added onto over time.” 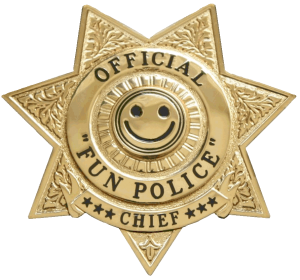 “Corned Beef Stew, I like stew, especially when you combine it with Yorkshire pudding resulting in what I must say is my favorite dish, add some HP sauce and your done. Simple, easy to make and delicious.
Drink wise there’s much to choose from but at the end of the day I always enjoy hot chocolate, very soul soothing in my opinion.”

“Tempestal but of course, Tempestal has been around for a fair bit and is easily recognized by his voice. He understands how to have fun and when to have fun, He’s one of those that can easily be relied on and your bound to get on with.”

“What would you consider your final, ultimate form?”

Now SGTdanny had a question from his interview: “What’s your favourite brand of teabag, better be Yorkshire Tea or I’m going to come slap you!”

“You can be damned if you think I ain’t going to have my county tea!”