As TSB is slowly growing, more and more people join the community. Sometimes it’s nice to know and learn a bit more about the people behind the community, the people making it all possible as well as to hear from it’s members, the people that make up the community. We thought it would be nice to spotlight a member of the community every week to get to know them. This week is the thirtieth in the series with a self proclaimed video gaming nerd called SGTdanny who’s name was a mystery to Frost last week. 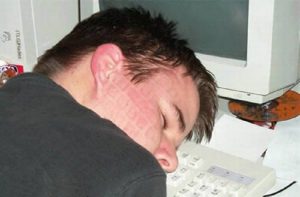 “Just a nerd who comes on and plays some games every now and again when I have the time or not sleeping.”

“My job is to help Bjorn in the permission sides of Teamspeak, mainly doing the recent overhaul of the member system and Liru’s Tier system to move all the powers to the centralized TSB system. I also do some mediating in some internal issues regarding some peoples actions and decisions that affect the organization of the community.”

“Seeing those moments when we are doing a op and the community is able to pull off a rather good combined arms missions without significant moments where we get dunked by Liru with a AT dude or GL*.
Also when we get those moments where your able to pull off some Ace Combat level of shenanigans while evading a couple of missiles, it just has that feeling where you shouldn’t have flown away from it but somehow you do or don’t in my case.”

“It’ll have to be World in Conflict by Sierra Entertainment, just the scale of something like that I had never seen before in a game, it kind of paved the way for me to like playing the more shooter/MMO style of games. It was just the fact of you being a small Lieutenant in the US Army controlling a platoon of guys trying to repel the soviet red horde as it invades Seattle, almost loosing and playing on in to France, Russia, Norway and then back to the US.”

“Been a gamer since easily 2009, yes I am a young boy. Roughly been in TSB about two years at this current point.”

“I picked it from my Dad to be honest, he was playing a lot of Eve Online about the time and before that a lot of Flight Sims. I joined TSB because I saw Lirus videos at the time and I thought “hey that’s cool” and I just got a new PC at the time, so I decided to take the dive and started playing, managed to download Arma just in time and played my first Potluck as my first OP. I then quickly learned of the phrase “Come for Liru, stay for < InsertNameHere>”.”

“I don’t really have any massive standout moments. But I can say playing Warframe and using the infested Warframe called Nidus, to play Survival which is a time based kill things and get rewards kind of mode, where the enemy’s get harder to kill do and more damage as the time go’s on. Anyway we were playing easily for about nearly two hours, (a lot of time for one game session) but it was fun with the people I was playing with. In TSB, oof, being able to lead a T3 squad through a set of objectives and just dominate said objectives that had been set out for us while taking minimum casualty’s, even though we may had escalated the war *cough cough*.” 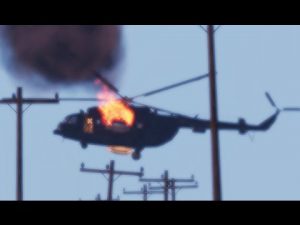 “Biggest gaming blunder easily/TSB blunder, is similar lines of what strung said with flying a Helicopter and somehow managing to crash it mid transport of a entire squad which isn’t very good.”

If you were one of the Council Members in TSB, what would you change, and why?

“I wouldn’t really know what to change currently, we are still making little tweaks as the days go by.”

“When I was in my first two years of UK College, just the people I had met was really funny and the stuff we got up to wasn’t really amazing but we were a good group of friends that got on well and had a lot of fun doing it.”

“What server are we using?” 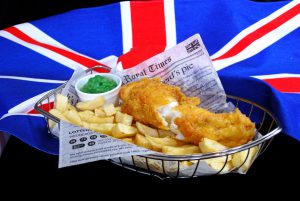 “Food is got to be Pizza/Curry/Chinese or Fish and Chips, me being British here. Drink Chocolate Milkshake, I like my milk.”

“What’s your favourite brand of teabag, better be Yorkshire Tea or I’m going to come slap you!”

Now Frost993 had a question from his interview: “How did you become a sergeant? {Kappa}”

“I can point to out to about 2008, we did a event at school and it was a nickname I was given and I stuck with it. Kinda follows me around wherever I can, the number behind is just varies what account I use, especially in World of Tanks where I’ve easily got about 3-6 accounts.”