As TSB is slowly growing, more and more people join the community. Sometimes it’s nice to know and learn a bit more about the people behind the community, the people making it all possible as well as to hear from it’s members, the people that make up the community. We thought it would be nice to spotlight a member of the community every week to get to know them. This week is the twenty-eighth in the series with someone whom has recently joined the staff team, Sevatar27. 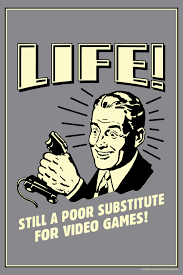 “I’m Sevatar, or Sev for short. I’m an RTS and RPG enthusiast who has dreams of grandeur of playing video games for a living.”

“My job in TSB is to a be a junior staff member for Frost993 in the Strategy group. I also run a couple of RPG games in the tabletop section.”

“I enjoy video gaming (Obliviously), but other than that, I mostly enjoy fishing, napping and not much else.”

“I would think my favorite game has to be Destiny 2, and the reason for that is that it’s a great blend of an FPS and a Looter, with enjoyable raiding elements. It also helps that I make money off the game, by doing stuff for lazy people.”

“I got started in gaming playing an RTS called Dawn of War: Dark Crusade, with my uncle and my father, because it was something to do with them. As for the reason I joined TSB, it was mostly due to the fact I was looking for an Arma 3 Community, I found the forums and from there I hoped in TeamSpeak, talked to some people and found myself enjoying the community.”

“Honestly, nothing really screams out to me about anything that crowning. I guess if I could come up with something, it would have to be my day 1 clears of the most recent Destiny 2 raids, which were Garden of Salvation, Crown of Sorrow and Scourge of the Past. Which is something I’m rather proud of due to the fact they are brand new raids and nothing was known about them and were rather challenging, took most of a 24-hour period. As for my greatest achievement in TSB, nothing comes to mind.” 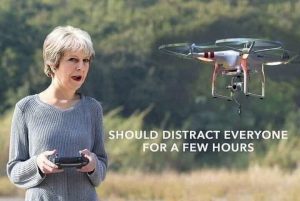 “My biggest gaming blunder… Eh, nothing really comes to mind for a general thing. Never messed up anything major. As for TSB, it would have the time I was playing Arma 3, and got a group of people to chase a drone half way across the map.”

“Honestly, If I was a Council Member, I wouldn’t per say change anything that exists, but I instead look at creating a community for another large game, something like World of Warcraft, Destiny 2 or something besides Arma 3, to bring in a more diverse player group.”

“My raiding in Destiny 2 and Escape from Tarkov (For Gaming). For the real world, I would think some of my fishing trips and writing workshops I’ve attended.”

“PC with a keyboard and mouse.”

“My favorite food would be Mac and Cheese with Bacon bits, my favorite drink would be Orange juice.”

“I would like to nominate Frost993 to be the next person to be interviewed. ”

“I would ask him what it is like to be a senior staff member and if it changes how he plays and interacts with the community.”

Now I (Ratking15) had a question from my interview: “How is it going in being staff member of a new group within TSB from just being a member?”

“It honestly wasn’t that different going from a member to Junior Staff. All that really changed was that I needed to enforce the rules and to help people out when they needed stuff. Nothing really that major and if I am being honest, Frost handles most of that.”