As TSB is slowly growing, more and more people join the community. Sometimes it’s nice to know and learn a bit more about the people behind the community, the people making it all possible as well as to hear from it’s members, the people that make up the community. We thought it would be nice to spotlight a member of the community every week to get to know them. This week is the twenty-sixth in the series with Reno Sonozaki who has been thought of as being a bit odd with what he does. 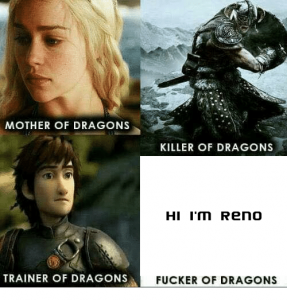 So, who is Reno Sonozaki?

“Hi I’m Reno! nice to meet you! I’m the chief saboteur, Prankster, and agent of Chaos of the tabletop community.”

“I am a DND Expert and as such I run sessions and do administrative work when needed.”

“The reactions of people when I mess with them. *evil laughing*”

“Halo 2, 3, or Reach, I can’t chose which is better. I also want to add that halo is a trilogy. *cracks open monster energy drink*”

“Since I can remember actually… growing up I played on the Game-boy and the GameCube. I was playing Resident Evil 4, Pokemon Sapphire and TimeSplitters at age like 5-ish? I have been a member of TSB since 10/27/17. ”

“A lot of things really, didn’t really have any friends growing up so I did it because it was fun and there was nothing else to do. In my later years when my popularity snowballed even lower I did it because of escapism, because you could meet people that might still be mean but you could still communicate with them and even become friends. Also let’s be honest most people are here because of Liru, which I specifically came here because of the Trump’s Wall video he did.”

“When I heavily befriended the ANCIENT dragon in my DMs game…and mind you this guy will incinerate you if you’re an idiot. My character was being an idiot and lived.” 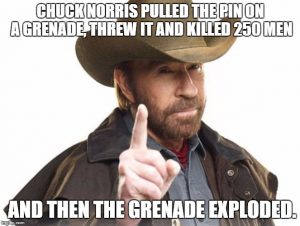 “Make it that everyday is friendly fire day in the Arma community.”

“Joking around with everyone, socializing, playing games with friends those have all been the best moments I have, it’s all I’ve ever wanted.”

“A series of potato batteries hooked up in a relay connected to a raspberry Pi that runs some voodoo gypsie space fairy program that lets me play anything… but then I have to replace the potatoes because of the smell when I use a Dell Inspiron.” 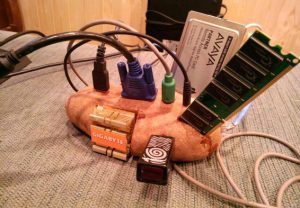 “The things said here confirm that you’re not in heaven…”

Now Maniac646 had a question from his interview: “Why can’t you be normal like all the other children!!!?”

“I DO WHAT I WANT! Also I got corrupted as a child FOR YOU SEE I got to find out what the internet was at age 9… That’s all I’m gonna say about that…”