As TSB is slowly growing, more and more people join the community. Sometimes it’s nice to know and learn a bit more about the people behind the community, the people making it all possible as well as to hear from it’s members, the people that make up the community. We thought it would be nice to spotlight a member of the community every week to get to know them. This week is the twentyfirst in the series with someone who you might have seen flying a bit too low: Mallen.

So, who is Mallen?

“My names Mallen, at the moment I’m a Waiter hoping to join the Royal Navy as a Pilot in the UK.”

“My job officially is to do nothing, unofficially I’m the guy who does decent ops like once a month and the “Nicest” T-3.”

“A lot of things in my life make me happy,
Flying and Gaming are probably the main ones though.”

“I’ve never really thought about my favourite song, but I’d say “Fireflies” by Owl city is one I always come back to.”

“Its truly a toss-up between Arma 3 and Destiny 2. Arma is great for strategy teamwork and having a large amount of unique content to go have fun on. But there’s also something about going into the Crucible on Destiny 2 and just popping heads mindlessly for hours on end that you just can’t beat.”

“I’ve been a long-time gamer ever since the ripe old age of 8 playing on a Nintendo DS lite and PS3’s before moving on to PC, and so far, I’ve been in TSB for about 1.5 Years.”

“I can’t really say what got me “Into” gaming, but if it had to be anything then it would be me wanting to be able to beat my dad at COD: World at War so bad that I started enjoying it.
I joined TSB through Liru, I saw his streams and decided I could do better than most of the playerbase, and TBH I’d say I was right!”

“My greatest gaming moment ever was in the original Destiny, in the Crota’s end Raid I tried my hand at being the sword bearer (AKA the most important person) and had such an amazing feeling that I physically had to lie down to stop myself passing out!

I have had so many Great moments in TSB, from flying WAY to close to friendly Vic’s in Apache’s to yeeting myself through an AO with only random people from other squads. So, the best moment is probably on an Impossible OP where I was the drone op, everyone in the AO had died, I went into the AO with a bunch of javelins and made Liru admit I had won because he just couldn’t kill me even with invincible units!” 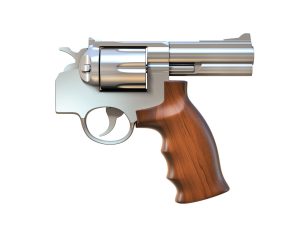 “My biggest gaming blunder was in TSB! When I was a Young OI Drone operator I forgot to switch away from thermals during a stealth op and proceeded to send the team directly in front of a manned checkpoint with no concealment, I was yelled at ALOT for that, I believe I’ve done this at least twice which honestly, I can’t explain how…”

“Honestly not too much, probably delete a fair number of the gaming channels that just aren’t used.”

“Whenever I’m in an airframe and do escorts roughly 1-5m above the Vic’s and just dunking anything that comes through, especially if its in the Xian because its just so hard to do, I do love just showing off with air most of the time!”

“You won’t forget your screw ups!”

“Favourite food is definitely a good Burger.
Favourite drink is just some classic coke, I am a boring man.”

“NanoStar13, because he’s the best “worst” pilot in TSB”

“What’s your opinion on being the worst pilot in TSB?”

Now Sgt. Tyn had a question from his interview: “I’d like to aks him if he plans on getting any more cars stuck in salt flats?”

“In my defence, you can land planes on it in Arma so I was given the wrong impression!”