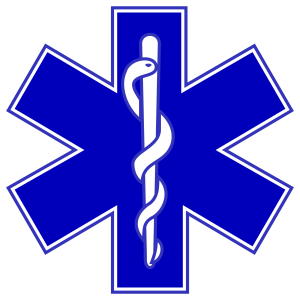 As TSB is slowly growing, more and more people join the community. Sometimes it’s nice to know and learn a bit more about the people behind the community, the people making it all possible as well as to hear from it’s members, the people that make up the community. We thought it would be nice to spotlight a member of the community every week to get to know them. This week is the twentieth in the series with someone who has spent a lot of time helping out his country in various ways: Sgt. Tyn.

“I am a 24 year old night shift EMT, I take college courses during the day, and serve one weekend per month as a corporal in the Wisconsin Army National Guard. I am also married with a daughter and have another child on the way.”

“I am one of the T-3’s in TSB. I run trainings and operations on Tuesdays.”

“My wife and daughter, and playing Arma with TSB.”

“I Can’t Decide by Scissor Sisters. I’m a big fan of alternate rock as well.”

“Arma is my favorite game right now. Whether things go extremely well or fubar, there is always something to learn and strive to improve.
I also like Assassins Creed Odyssey, I love exploring the world of that game.”

“I have been a gamer ever since I played 007 Nightfire on my cousins Playstation 2. I have been in TSB for about a year and a half, I joined in June of 2018.”

“After playing 007 with my cousin, I got hooked on gaming and eventually got my first game system when I was 13. I casually played games on consoles until I got my first PC in February of 2018. While one day scrolling through YouTube, I found Liru’s channel and more specifically his “Defending Trumps Wall” video. I thought it looked fun so I joined TSB’s teamspeak and here we are.”

“My greatest gaming achievement is what I’ve done in TSB. Prior to joining, I had never been in any sort of gaming community and I am very proud of what I have done up to this point.”

“Just a few days ago, I bought an EU key for Total War Warhammer 2. It was a facepalm moment but at least it taught me to read the fine print. In TSB, I once called out landmines and marked them on the map only to step on them two minutes later and masscass my whole squad.”

Editor’s Note: Sgt. Tyn lives in the US so the EU key was useless. 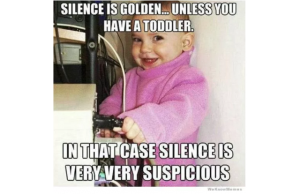 “The birth of my daughter has been the best moment I’ve ever had. When she was born my life changed and I think it changed for the better.”

“Whats the modset? Can I join the server yet?”

“Mallen because he and I joined TSB around the same time”

“I’d like to aks him if he plans on getting any more cars stuck in salt flats?”

Now Barbarian had a question from his interview: “What’s the etymology of your handle? Where does it come from?”

“That’s a good question Barbarian, Sgt. comes from my service in the guard. Although I am a corporal, I am expected to do much of the responsibilities of an NCO. This leads a lot of my battle buddies to call me the “little sergeant”. Tyn comes from King Tyndareus of Sparta, he was the step father of Helen of Troy. He was also assisted by the hero Heracles. Heracles helped him reclaim his throne and kill his brother, who had exiled Tyndareus. I have always had a passion for Ancient Greek history and I believe King Tyndareus doesn’t get enough credit for his feats and role in the Trojan War. As for the shortening of Tyndareus, when I first joined teamspeak I was called Tyndareus but no one could pronounce it correctly leading me to be called “Tine-da-rus” I figured Tyn would be easier to pronounce.”