As TSB is slowly growing, more and more people join the community. Sometimes it’s nice to know and learn a bit more about the people behind the community, the people making it all possible as well as to hear from it’s members, the people that make up the community. We thought it would be nice to spotlight a member of the community every week to get to know them. This week is the nineteenth in the series with someone who you may have heard from Liru is his video editor but does also play Arma as well, where does Barbarian get the time?

So, who is Barbarian?

“Well, my name is [DATA EXPUNGED] but you can just call me Barbarian. At the time of writing, I’m a senior Multimedia Production student from the US.”

“I host ops once a week (right now it’s wednesdays 2:30-5:30pm EST) and work with Liru and the rest of the community to make videos for Youtube.”

“Getting paid and getting laid. Also explosions. And tanks. A lot of things make me happy.”

“It varies pretty often, but right now I’ve been listening to Daft Punk again, especially their Alive 2007 concert album. Their mashup of Around the World / Harder, Better, Faster, Stronger tops my playlist right now for sure.”

“While it’s not a “perfect” game by any means, honestly Arma 3 is my favorite game right now, mainly due to the community/modding support and just what you’re able to do in that game. It feels like every week I learn something new or get an idea for a mission to create, and along with making videos, I’ve never been able to express my creativity as much as I have before I got into Arma.”

“I’ve been playing video games since I was probably 7 or 8 years old, and I’ve always been one to poke around technology. My first console was a Nintendo 64, and then a Gamecube.

I’ve been in TSB for close to a year I think, but I’ve always been bad at remembering anniversaries.”

“I can’t identify a singular moment that got me “into” video games, it’s just been something I grew up with and that I appreciate in its many forms. I grew up playing Smash Bros and Mario Party with my siblings, and then when I was around 11 or 12 I started playing on a PC with my dad. His department had been consolidated during the economic recession of ’08, and while he was out of a job we played Battlefield 2 next to each other, each of us on our own computer. I had been playing video games for years before that point, but I think those few years of playing with my dad solidified my interest in PC gaming.” “My personal greatest moment was getting to Global Elite in Counter Strike: Global Offensive, the highest competitive matchmaking rank. It took forever but was definitely worth it.

For TSB, that’s a bit harder. I think my greatest personal achievement was getting the courage together to do Squad Leading, and eventually Ground Commanding. I remember starting out that it seemed like a mountain of responsibility, but after some SL trainings and just learning how different elements work together effectively, the pieces kind of just came together, and I’m much better for it now.”

“Well in TSB, we all make mistakes, so there’s too many to choose from for me. But outside of TSB… I’d say my biggest blunder was selling CS:GO skins waaay too soon.

In 2015, Valve introduced team sticker capsules with the Major tournament in Katowice, Poland. I bought a bunch of them, then resold them a couple months after the tournament when people couldn’t get them anymore. This was a money-positive move, and I earned some cash from it, but if I had waited… say a couple more years? I would have made what I made when I sold them 20-fold. It’s just one of those live and learn moments, but man I could have gotten so many games on Steam…”

“Honestly, I don’t know what I would change. I’m sure the council members do a lot in the background that us mere mortals have no idea about, and I think they’ve been doing a pretty good job so far. If I had to change one thing, I think I’d try to give more chances to select T-2’s for relatively small and somewhat inconsequential responsibilities. Maybe giving some T-2’s the ability to do member introductions, stuff like that.” 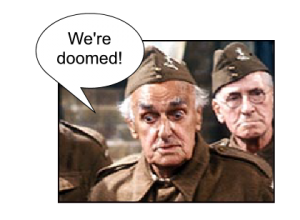 “Definitely the best moments are the ones where we’re almost at the breaking point, things have gone to shit and we’re being overrun, and then rallying together and fighting them off. Making those do-or-die AT shots, or counter-attacking a flank… oh yeah, good times.”

“I play almost exclusively on my PC and Switch, though I have a PS2 hooked up in my living room for the sole purpose of playing Guitar Hero 2.”

Regardless, we still managed 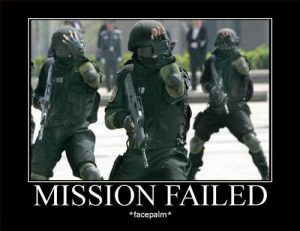 “Sgt. Tyn, he was one of the first people I interacted with in-game and has been around longer than I have. Pretty cool dude overall.”

“What’s the etymology of your handle? Where does it come from?”

Now Lcpl Liru had a question from his interview: “Where the F*** is that video that was due last week?
Jokes Aside
Who’s your waifu and why? Anime/Manga only you pleb.”

“Who is your waifu?”

…I mean, she’s literally on my youtube page multiple times, she was the central theme when I made my twitch channel stuff, and she’s my avatar on teamspeak.

It’s Erwin from GuP! Her real name is Riko Matsumoto, Commander of the Hippo Team’s Sturmgeschutz (StuG) 3, Erwin Rommel impersonator, and avid member of Ooarai’s History club. Just like the real Erwin, she’s confident if not cocky at most times, and is a veritable encyclopedia of World War 2 knowledge! She is best GuP, but of course Yukari is a close second.”