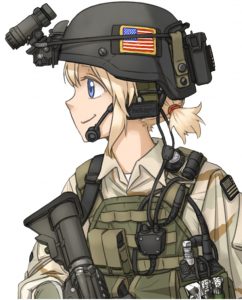 It has been some time from the last interview, but we’re starting off with one that’s been in the works for a long time. As TSB is slowly growing, more and more people join the community. Sometimes it’s nice to know and learn a bit more about the people behind the community, the people making it all possible as well as to hear from it’s members, the people that make up the community. We thought it would be nice to spotlight a member of the community every week to get to know them. We’re back with the latest interview and we’re starting off with Liru whom is one of the heads of the Arma section as the eighteenth in the series.

So, who is Lcpl Liru?

“Im Liru, usually the butt end of a joke that helps Wolf keep things going for Arma’s section within TSB.”

“I run a good portion of the ops, help administrate things, make sure the community doesn’t explode with all the other 5s, etc.”

“Bloodwing (Ms. Liru) Cheesy, I know, but if it weren’t for her I wouldn’t be writing this interview, Liru wouldn’t exist, and I’d just be somebody else entirely.”

“Sleeping Powder by the Gorillaz. Always been a fan since I discovered them in the 7th Grade.”

And of course Arma 3 is somewhere in there.”

“Since I was 10 and my father introduced me to Homeworld and a few Star Wars games. It took a few years but I was finally able to beat him in Homeworld after countless battles of him kicking my ass, In Terms of TSB, almost 3 years now, even since Aunty brought us over from VG.”

“I’d say my father, and like I said in the previous question, Aunty brought us all over.”

“The fact that this has all lasted so long, i’m just as surprised as Wolf when we bring it up, especially considering the next question.”

“The 2-3 community ending (that were thankfully resolved) things I helped or entirely caused in my time within TSB. I’d prefer not to remember them.” 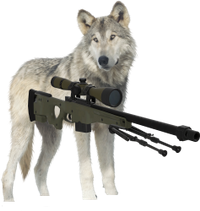 THOUGH HES TOLD ME HE’D DO IT LIKE 5 TIMES NOW DAMNIT ID DO THAT.”

“I don’t mean to suck d*ck but Sniperwolf Ops. People tend to be better organized and the ops play out better than average, but at this point I’ll take any op I zeus that the playerbase doesn’t outright screw up and have a good time as a best moment, the 2nd Fallout op we did last Monday for example was pretty lit.”

“Logitech stuff… If anyone remembers that first XCOM op we did way back when, the HVI Andrewza put a tank shell into was Logitech’s Global Strategic partner for the company. Ever since him and I have talked and he’s hooked me up with a lot of cool Peripherals.” 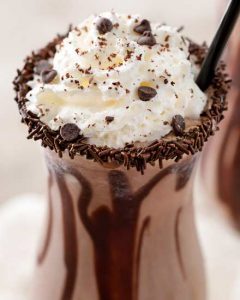 “Eel Sushi and a 45oz adult milkshake called the Mudslide from the Kalahari resort.”

“Barbarian, my damned editor. He knows why. He’s one of my two editors currently on payroll and I wanna ask him something very VERY important!”

“Where the F*** is that video that was due last week?
Jokes Aside
Who’s your waifu and why? Anime/Manga only you pleb.”

Now F4Skin had a question from his interview: “How much do you bet that you can out drink me? Ya know, considering i’m 19 years of age and probably a bigger alcoholic than you.”