As TSB is slowly growing, more and more people join the community. Sometimes it’s nice to know and learn a bit more about the people behind the community, the people making it all possible as well as to hear from it’s members, the people that make up the community. We thought it would be nice to spotlight a member of the community every week to get to know them. This week is number nine in the series with doggu loving Teacher.

So, who is Teacher? 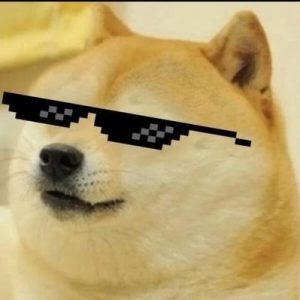 “My IGN is Teacher, I’m just a nice guy that plays game. I just finished my last year at university as a teachling to become a teacher and later this year I will start to work as one in real life and finally live up to my nickname. I am 24 years old and live in Sweden with a dank doggu who hates bamboozle and cycles.”

“I’m just a guy that plays ops, but I’m also a nice guy that provides emotional support and free hugs to all players in TSB.”

“When other people in a group is happy and we can work together and learn together, both in real life and in games. That’s why I choose to work as a teacher. I also like animals like doggus and duckus, I also like nice food and beer.”

“Rosa helikopter numbah one! I don’t really listen to music but when i do i can listen to basically everything except angry music like metal.”

“Favorite game-series is the first Halo games, played them all the time on my xbox as a kiddu. The game-play was really good and I had a cool story but also spooky since I was kiddu. ARMA is my favorite game-series on PC its very fun and alot of pewpew.”

“Been gaming since I was 4, started with kid games on my family computer. I then bought my first Xbox, then a laptop a Wii and last big boi PC. I have been in TSB for just a year now.”

“I just like to play games since I was small kiddu. I joined TSB after i stopped playing the Exile mod for Arma 3, I was searching for something that was more realistic and based on teamwork.”

“All other scandirecon plebs have already explained the PVP tournament, it was a great gaming moment for me too. For me some of the greatest moments are the ops where I commanded and the plan worked. I also have some other moments like the one where I hold off a big enemy force with my drone so friendly forces can retreat. My greatest moment outside of TSB most have been when me and my friend finally beat the last boss in Halo 2 on legendary.”

“The day I learned that Russian smoke bounce. I was jaayyyyytac and shot some smoke in a forest to mark targets for air, little did I know that the smoke bounced into the compound that we should secure and not blow up. Air saw the smoke bouncing in and unleashed alot of boom rip compound and op. Also I feel asleep in debrief once rip me.”

“Its hard to know what to change since I don’t know how it is to be a JCS but I want to make people help each other more. Today some people are doing alot of work while others are not and also some people want to help but don’t know how. It has been alot better the last months and I hope I keeps going that way.

For example: More people helping Zeus’s to build stuff, more Zeus’s (like snipers new slot), more people that could run training’s and so on…”

“I have so many moments that have been good, almost every op has something really good in , also all ops with beer are really funny. I’m really happy to be a part of the community and the friends a made over the first year.” 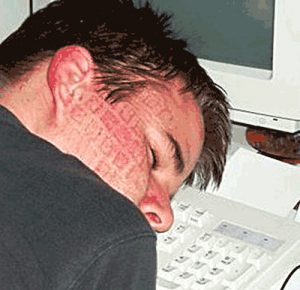 “My hands on things like keyboard and mouse, sometimes when I’m drunk I play with my face.”

“Different people with different opinions who just want to have fun.”

“bLLLLman he is a legendary man who needs to tell his story.”

“How did you meet Sniperwolf and was it love at first sight?”

Now FLying-FINN had a question from his interview: “I have always wondered what makes you to be so nice and tolerate all of us and Makarov and still remain calm and nice to everyone in all situations? Tell me your secret!”

“You have to try to understand people and respect them, i also have a hard time getting angry overall in life. Also things usually works better if you are friendly. Also most of the people in TSB is nice some just don’t show it so much. Makarov is a special case tho and he disappoints me every day but that’s just the life of acustic human.”