As TSB is slowly growing, more and more people join the community. Sometimes it’s nice to know and learn a bit more about the people behind the community, the people making it all possible as well as to hear from it’s members, the people that make up the community. We thought it would be nice to spotlight a member of the community every week to get to know them. This week is already the seventh in the series. 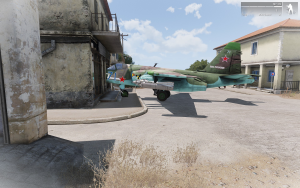 “I’m a 21 year old Dane, I work as a broil chef in a Copenhagen restaurant but live on the outskirts of the city in a town called Tårnby. I could never live in the big city myself, I prefer the suburban-touching-on-rural feel I have here. To my immediate west is a huge forest and to my immediate east are fields with cattle grazing, and beyond that the sea. Just the way I like it.”

“I’m a T-5 in the Arma-branch of TSB. I run operations twice a week and training on Thursdays if my work schedule allows it.”

To think that they were able to make an 80s metal masterpiece in 2008 is impressive in its own right. It’s one of very few songs where I am more than happy to sit through the one minute synth intro that has very little bearing with the song that follows it. That entire album is great. As is Painkiller. In fact, anything made by Judas Priest is the bomb.

80s rock/metal is something I can’t get enough of. It’s not something that I’ve been forced to sit through by my parents or anything like that, it just kinda happened by itself. Bands like Accept, Judas Priest, Manowar, Iron Maiden, Slayer, Bolt Thrower, D-A-D, Laibach, Saxon, even Europe – yes, the Final Countdown guys made some excellent 80s rock music, look up their track “Scream of anger”

Really, though, I listen to most music, including dixieland jazz, Russian folk music, 80s pop music (RIP Falco), techno in all it’s many shapes and sizes et cetera. There are three key exceptions though; soul, reggae and, highly clichéed, modern pop music. I don’t know why, I just don’t interface well with either of those.”

“My nostalgia wants me to say either Ratchet and Clank 2 or Jurassic Park: Operation Genesis, both of which are PS2 games I played the hell out of when I was a kid, but I also feel compelled to mention games like Company of Heroes, Dawn of War, Red Orchestra 2, Battlefield 1942, XCOM, The Elder Scrolls, the Fallout series, Star Wars Battlefronts 1 and 2 [the old ones, mind you] and also Empire at War and Republic Commando from the same franchise. The list is quite endless really. 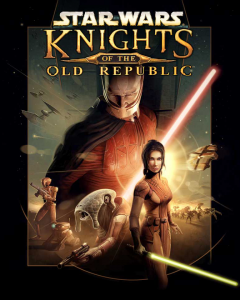 If I must pull a name out of the hat though, I think in the end my choice must fall on Star Wars: Knights of the Old Republic. An absolute gem of a videogame whose point-of-no-return-plot-twist left 12-year-old me absolutely flabbergasted, and a game that I still revisit at least once a year. The sequel rocked, too.”

“I’ve been a gamer for as long as I can remember. I vaguely recall playing Tennis [1984] on my aunt’s great big chunky gray 8-bit Game Boy when I was three or four years old. I got a Game Boy Advance for Christmas that year and things really took off when I got a PS2 for Christmas in 2002 or 2003. One of the first computer games I remember playing on my dad’s work computer was Rollercoaster Tycoon 2 back when that game was cutting edge.

As for TSB, I came over from VG with the rest of the Arma gang in March last year. I had only been in VG for a few weeks but I’ve still got my OG (Old Gamer, Red.) credentials regardless, dammit.”

“Playing video games is better than just sitting around doing nothing. I suppose the big appeal games have over other forms of entertainment like movies is that I have an influence on the story, or at least feel that I do – looking at you Mass Effect.

I initially joined VG because I had seen a couple of Liru’s videos and desperately wanted to play multiplayer Iron Front, and migrated to TSB from there.”

“My greatest gaming moment, and I’m sorry to say this as I know my interviewer is Ratking who came second in the given case, was Scandi Recon triumphing very narrowly in the TSB PVP tournament. Very close semi-final and final both won on the tiebreaker round by a hair’s length. It was just great going in there with a couple of friends hoping to have a good time and then winning the damn thing. The 450$ cash prize was a nice touch, too.

My greatest achievement within the wider constructs of TSB is probably my current position as T-5. A year ago, at the end of May 2017, I was told I would be promoted to T-2 the coming week. I then shot Ruub with a rocket launcher because he was being a total dick and was then told I “just wasn’t T-2 material”. I was subsequently in the first batch of T-2s following the tier system revamp, first to expert and first to T-3. Alright, granted, I did lose that T-3 for a month’s time, but it still stands.

I’ve also been demoted from every TSB rank except T-1 and T-5 and am looking forward to finding a way to have myself cast out from T-5 too, but frankly, I wear that like a badge of honour.”

“I’m gonna say the callsign incident – basically, myself and Murphy joined an Op late and decided we would bring an Abrams to the front. Turns out the frontline was a lot closer to our base than we expected and so before we had even called in we were en route – mostly because we were still arguing over what callsign to use – we were engaged in combat.

I still hold that ‘Bascinet’ is an awesome callsign for a tank.”

“I would make it so there would be more tailwind on bicycle paths, better weather, the right to impotency and shorter queues in supermarkets” 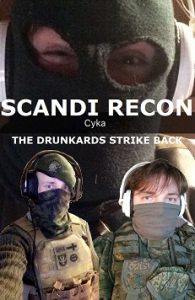 Within the constructs of TSB, no more fun has ever been had than what we went through on the Nuclear Night. It was initially an ordinary TSB Sunday last November. Coincidentally this was also one of the very first times myself, FLying-FINN and Teacher had come together under the banner of Scandi Recon. Regular T-2 Op, things were going well until Liru decided we were doing too good and turned a Jihadi-controlled Kornet on us. He used it’s thermals to see through our ghillies and shot us from 700 meters away. That’s when we decided to take our first shots that night. Those snowballed fairly quickly, and by the end of the Op we were more than a little tipsy

The T-3 Op that normally follows on Sundays was replaced by another T-2 Op. Gabion, in his infinite wisdom, had very quickly picked up on our drunken state and assigned us our very own frequency and told me, the least drunk of the three of us, to have the squad net as a secondary freq and only talk on it if it was absolutely vital. And so off we went, still doing shots all the way. I remember at one point calling Teacher on the radio to ask for his grid ref, to which he in a state of confusion replied “No”. I don’t remember if we won that Op or not; the mission was to save Sniperwolf from capture. We may have succeded.

By now others had joined us in our drinking, including bLLLLman who had otherwise been on a drinking hiatus for a long, long time. And this is when Ambiguous decides to run an instalment of Harvest Red. I remember gearing up fairly clearly, even though I was basically drinking vodka straight from the bottle at this point. smuttoN and bLL were catching up pretty quickly and at some point we started singing – and this never really stopped. I saw the footage the next day, both from bLLLLman’s and my POV – I was singing for two hours straight, driving Pockets the Wizard and everyone else around me insane. I still performed admirably as a medic, though, somehow. Whilst singing. At some point Thammiches joined too and I seem to recall him making an effort to catch up on the booze front. And bLL shot a BTR with an AA missile. It was something else. I’d say >80% of that Op is a blur at best.

Afterwards we played Cards against humanity for four hours. Drinking did not cease because of that. The only reason we stopped after those four hours was because I was starting to fall asleep sitting in my chair. That’s your body telling you right about now would be a great time to pull the break.

We didn’t see FLying-FINN for two days after that. Legend has it he slept 34 hours straight, only broken up by eating a piece of bread.”

“I play on a computer. Fairly average build really, built in the happy days of 2013 and only updated when something broke. The only thing in the machine worth mentioning is the GPU, a GTX 980TI that I bought after my last graphics card died. I haven’t had a console since the PS2, but what a console that was. Ratchet and Clank, man.”

“Came for the gaming, stayed for the people.” 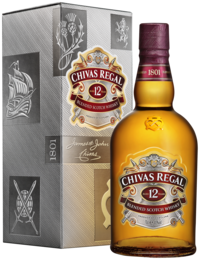 “I love me a good whiskey/scotch/bourbon. I generally take it neat but I am susceptible to adding ice if it is a whiskey that demands that. Chivas Regal, a fine scotch, has been my go-to for some time, but I have recently acquired a taste for Rowan’s Creek bourbon out of Kentucky. I’ve also had a go at Maker’s Mark, but I don’t see why my bourbon should taste of butter. And neither Jack Daniel’s nor Jim Beam is even remotely on the radar.

My favourite food is pretty much anything from the wonderous beast we call the pig. Pork chops, sausages, bacon, ham, tenderloin, scratchings, schnitzel, particularly Flæskesteg, a Danish variety of pork roast. Goulasch from pig’s heart is also a favourite, goes extremely well with mashed potato. God I love pork.”

“I’m nominating my good friend FLying-FINN, the Lakewalker of Savo, Braver of the Ice and Snow, the Twigest of Twigs. We’ve had some crazy adventures in TSB, from the PVP tourney win to the Nuclear Night. FINN is a great guy but can be a bit shy and introverted, thus I am wholly confident he will be nothing but happy about me putting him on the spotlight here for the whole world to see.”

“What happened in that 34 hour limbo after the Nuclear Night? Did you see the face of God? What was there on the other side?”

Now Makarov had a question from his interview: “Why Kubans when Zaporozhians are clearly superior?”

“Because there is no Zaporozhian Cossack Choir, dummy”