As TSB is slowly growing, more and more people join the community. Sometimes it’s nice to know and learn a bit more about the people behind the community, the people making it all possible as well as to hear from it’s members, the people that make up the community. We thought it would be nice to spotlight a member of the community every week to get to know them. This week is the sixth in the series with an wise and tricksy Makarov. 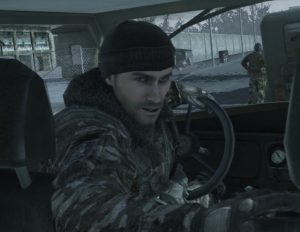 So, who is Makarov Ivan?

“I am a 17 year old (12/20/2000) guy. Born in Ukraine, Kiev and now I live in Sweden. Currently studying in a gymnasium for technology and computer sciences, but with a bit of luck I want to come up to military engineering. For the most part I play games, but whenever possible me and some of my close friends gather around to play cards. I am also interested in HEMA and want to learn more about other types of medieval martial arts.”

“I am just another member of TSB who joined to play games, have fun and be with nice people.”

“Victory, doesn’t matter where, about what and with who, can be in games, in real life or online, as long as it is victory. Actually even more specific would be not winning but having the enemy loose. Doesn’t have to be an actual victory/defeat in terms of mechanics/statistics, but especially a moral victory/defeat.

A made up example – If an enemy is storming your castle, and you have 50 troops while he has 1000, but you defend it to the last drop using the most dirty, sneaky, unfair, moral breaking etc tactics and ways to defend it and in the end he is victorious and takes your castle. But having only 200 troops left, and you escaping the battle would one really call that a victory for that enemy? That is the kind of things that make me happy.

Don’t ask why, I really don’t know, or maybe I don’t want to know.”

“My favorite song would have to be Священная война (The Sacred War) by Aleksandr Aleksandrov performed by the Aleksandrov Ensable more commonly know as the Red Army Choir and Прощание славянки (Farewell of Slovianka) coming in at a close second, but I also listen to all literally any kind of music from classical to EDM expect hardcore pop (Justin Bieber, Ariana Grande) and rap.”

“It’s hard to choose an all-time favorite game for me, so I will do it by genre instead:

My favorite single player game is beyond any reasonable doubt and with nothing coming close to it The Witcher 3: Wild hunt. The Witcher being one of the first games I ever played, having read all the Witcher books by Andrzej Sapkowski and the whole franchise having a beautiful and in-depth story, I have never enjoyed a single-player game that much, and probably never will.

For sandbox game it would have to be Arma 3 as I really enjoy simulator games as well as military games, Arma being a perfect fit in both those categories. Also the great modding community makes the game even better and adds infinite amount of things to do!

There are 2 strategy games that I love and can’t put one above the other, those being Command & Conquer Generals: Zero Hour and Heroes of Might & Magic V: Tribes of the East. Both those games being strategy games but having such a big difference (RTS & Turn based) I had to put them both on equal spots. And yet again there is a great modding community for both these games that improves them because the developers have abandoned them (Ubisoft and EA).

My favorite shooter and all around fun game would be Team Fortress 2, it being the first multiplayer game I ever played and first game I mastered. I really loved it and had many friends to play it with, but ever since valve killed both the game and the games trading I have not touched it, which is a real shame.

Last but not least for me is the competitive game genre, and I would choose DotA 2, as It is a very skilled based game which requires a lot of knowledge of game statistics and mechanics as well as good team work and communication, all of those things which no other competitive games having such a big emphasis on these things.” 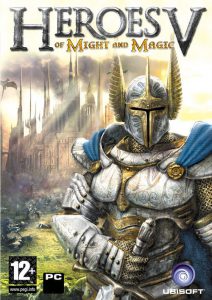 “Somewhere around the age of 6 in 2006 I got my first PC game, and from there I never stopped playing games and enjoyed it a lot! My first PC game was Heroes of Might & Magic V, second game would be Command and Conquer Generals: Zero Hour and third game The Witcher. After that it all spiraled out of control and ever since I have played to many games to count. I have joined TSB on 9th March 2017. Why; coming up on the next episode of the-
I’ll stop.”

“When I moved back home to Ukraine from my 4 years in France and the UAE I had no friends and no people I knew, neither did it help that I was very smart and had no troubles in school. Which my grand mother, who I was living with at that time loved, so she banned me from having any friends in school and ever going outside unless we went to the store, bank, bazaar etc… And since my father had a easy job where he didn’t have to leave a lot, he stayed at home too playing video games. Exactly he introduced me to video games and thanks to him I started playing.

I joined TSB because I looked for an Arma community that wasn’t to much of a try-hard hardcore cringefest realism role-play community as well as playing many different themes like WW2, Vietnam and Modern Era. I found through my search a couple of communities, but one stood out the most. But a week after joining it everybody who mattered left because the main admin of that community was awful, so they moved to TSB, and so did I.” 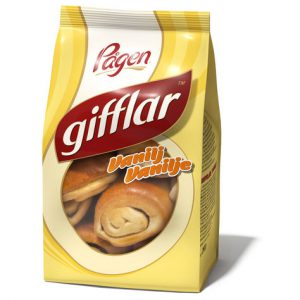 “I have lots of great stories about achievements in games that I am very proud of, ranging from taking over and controlling whole servers on TF2, to winning tournaments with my semi-pro team in DotA 2. But these isn’t my greatest moment, I will tell about the most strange and maybe funny story that was very hard to pull off:

Once I was playing TF2 with my friend on my favorite server, and right before that we played on a different server with WW2 mods and other stuff, and that server had a plugin that replaced the sprays with a specific spray that had something to do with ones faction. Before leaving the server the last faction me and friend where in where the Axis forces, so our spray was replaced to a circle SS (Schutzstaffel) flag on it. I forgot that and like sprayed in on a wall IN OUR SPAWN. The server had strict rules against many things including any NSDAP propaganda since the server was based in Russia. And for a long while now one of the server moderators had disliked me and tried to get me banned from their servers, so as soon as he saw that he immediately reported to the main admin, which at once permanently banned me from the server. But since he knew I was a trustable person from before he gave me a chance to explain myself. What came after that was absolutely brilliant: After 2 hours of convincing I finally got him to believe that I didn’t know what World War 2 was and who Adolf Hitler was, and the spray represented the logo of the American rock group “KISS”. The final nail for him to believe me was his checking my steam profile and seeing that ever since I created it – it stated that my country of origin was Swaziland. After this he changed my permanent ban to just a 7 hour ban. Later the same week I caught the moderator who “snitched” on me using cheats on their own server to try to kill me, and had him permanently banned. I was going to apply for moderator of that community, but stopped playing TF2 shortly after because of it’s “forced suicide” by valve.

My greatest achievement in TSB would have to be when myself, Teacher, FLying-FINN and Iander won an Arma 3 PvP tournament with a 450$ price pool. We joined it just as friends to have some good times and didn’t expect to come anywhere with it, but shorlty we noticed that we where in the finals. For our victory I would also like to give credit to one of our enemies, Ratking15 who at match point killed their MVP by mistake turning the round into our favor making it a sure victory, after which I shortly planted the explosive on the bombsite and won.”

“Easy, and it even was in TSB. I once played a whole Arma OP with a muted mic. Those usually are around 150 minutes long…” 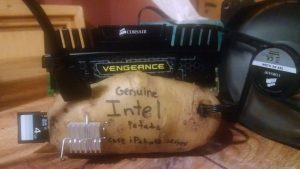 “I would secure the existence of TSB and a future for T-3.”

“I sometimes buy a pack of Swedish croissants (Gifflar) and I get 13 in the pack, when usually it contains 12!”

“Hey guys what modset are we using today?”

“I am a very creative person – My favorite drink is water and my favorite food is buckwheat. Yeah, what else did you expect? Got to survive the holodomor somehow!” 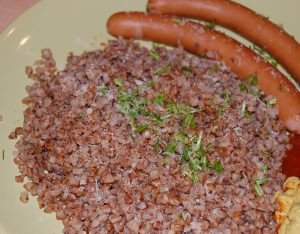 “Iander, because my first and second choice didn’t want to write this.”

Now Excelarion had a question from his interview: “I really just want to know, how this man looks at this world. Makarov has always proven to be a refreshing new insight in problems, if he wasn’t too busy throwing dank memes into a discussion to participate in it. I just wanted to ask him, what’s his honest opinion on the future of this community, gaming in general and the whole of humanity.”

“TSB seems to finally start improving so I’m pretty sure it will last a good while.
After The Witcher franchise I don’t see how gaming could improve in terms of single-player, it terms of multiplayer… FEMALE BLACK JEWISH ROBOT SNIPER SS OFFICERS.
Whole of humanity? Sadly WW3 was postponed by Hillary’s defeat, the elimination of ISIS and the peace between south and north Korea, further than that I haven’t done any plans :(“