“I am a 23 years old resentful crip, who kills his time between university, work and knock-out painkiller-highs with gaming. Currently studying physics and working part-time as scientific assistant (which has occurred to me, is an euphemism for ‘underpaid brain-slave’) for a chair for cluster simulation and x-ray telescopy on my uni.

Before I came to TSB, I was mostly playing the Counter-Strike series and made it to somewhat successful professional levels there before I stopped doing it for educational and health reason.

I am now compensating that with some YouTube-channel (best memes in TSB; guaranteed) to at least make something productive out of my forced time on my computer.”

“I am one of the T-5’s, which means I am host of some OPs, doing probably most of the basic training’s here (in an apparently – for some – annoyingly detailed manner), keeping track of every and all medic activities and in general being the scourge of all T-1’s and T-2’s.

Also I seem to fulfill the role as stereotypical token German.”

“Definitely the most satisfying thing to do for me is improving. I have some weird ticks to make everything perfect far beyond a reasonable degree (which got me in trouble often enough) and hold myself up to unrealistic standards. So I always aim to be better, learn new stuff and master new abilities, because it’s the only thing that suffuses me.

Less idealistic sparks of joy include:

All other pleasures of the flesh may be included but not explicitly mentioned.”

“Oh god … I generally go into the direction old Rock, Power Metal, some classic shit and every pop-song that doesn’t burn my ears off.

If I had to name a song that I could literally listen to 24/7 I still had to decide between Sabaton’s “Blood of Bannockburn”, ACDC’s “You shook me all night long” and Queen’s “Hammer to fall”.”

“It may be, that this memory is somewhat tainted by the fact, that my mom let me play only 4h of games a week until I was like 17 or so, but I never had a longer lasting and more joy inducing gaming experience than my 100% playthrough of Assassin’s Creed: Brotherhood. That game was graphically, mechanically and storywise to this day one of the best games I have ever played. Other than that, I literally was addicted to Pokemon up to the 5th generation and I only stopped there because I had no money for a 3DS and Sacred 1 and 2 introduced me to Fantasy-RPGs.” 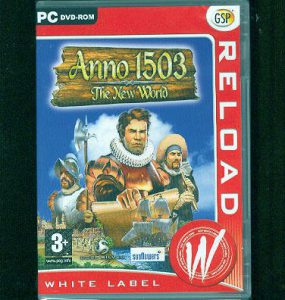 “Oh, my gaming ‘career’ started early. With 5 years I was actually helping my dad complete levels in one of the first Medal of Honor games (I remember to this day that one mission, where you have to kill some officer, steal some documents and then blow up a submarine’s torpedo chambers), because either he wasn’t the most talented, I was, or he just wanted to involve me in some of his free time (with an 18+ rated game … yeah …). After that ‘ANNO 1503’ was what got me started with gaming on my own, followed by ‘Robin Hood – The Legend of Sherwood’ and then I got into Gaming-PC’s through the necessity of better hardware for ‘Star Wars: The Force Unleashed’ and as mentioned above AC:B.

TSB I joined because Lirus whole community switched here from Veritas Gaming, because I memed too hard for the VG admins, which ironically got some of my friends there banned because they showed fellowship with my little rebellion, but I got spared. That and some other stupid shit that the VG admins did, basically forced us to seek refuge here.”

“Aaaah … Yeah, without any doubt the Europe-First-Kill of the ‘Star Wars: The Old Republic’ raid ‘Temple of Sacrifice’ and the included Darth Revan endboss with my guild ‘Black’ back in the days. Was never more hyped after a victory, not even in my time in CSGO tournaments, where actual money was at stake.

In TSB it was either the literal duo-carry of that ‘detonate the Shilka’s in Fallujah’-OP, where at the end only Ambig and me were alive in or that standing 700m-shot through some tiny hole in the foliage during WhtsThat’s sniper stalk on Altis.” 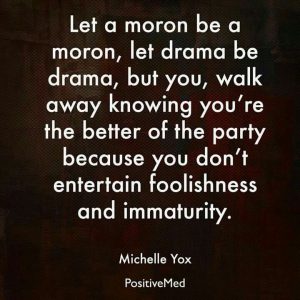 “Eh … I thought long about his, but it’s probably something minor that’s not worth mentioning. I don’t really do ridiculously retarded stuff, because I normally think things thoroughly through (say that quickly 5 times) before I take actions. Sometimes I really have to admit to overthinking shit, but I’ve always gotten away with the more complex option, so…

I generally follow this principle: If you get an idea and you have even the smallest voice in your head whispering “That’s retarded.”, then don’t do it.”

“Probably introducing a trial period for T-/T0s in which we can look for their personality and behavior and then decide, if we want to keep them in the community.

I think we could have avoided so much bullshit and drama, if we had kicked people like Tarl, Wulfle and Lewis 1 week after they came here.”

“When I overtook Nordern’s subs by fourfold through one video 😉

No, actually it was probably my 18th birthday: Sitting in pajamas on the couch the whole day, binge-watching Game of Thrones while stuffing my self with my mom’s chili and my grandma’s pancakes, that they precooked for me, because they went to Poland (for vacation, not occupation) over the week of my b-day, until my two best friends visited to go eating some overly expensive – but not over-prized – steak. Best fucking day ever. (some details may have been withheld for obvious reasons)”

Keyboard: Logitech G910 Orion Spark
Mouses: Razer Naga for most non-shooter games; for everything else Logitech G502 Proteus Core
Headset: HyperX Cloud II (and I went through many headsets, to find this shit. I used the Logitech Artimis before that and some Razer headsets, but the Logitech ones were, though comfortable, just not reliable and the Razer models are all shit that hurt your ears)
Microphone: Auna CM900″

“A bunch of morons. But MY morons.” 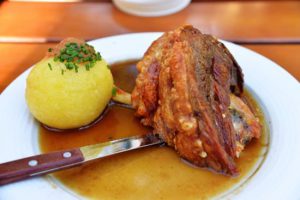 For food: I would kill for another bite of the cheese sausage that my grandma’s go-to butcher Schmaus would make … He dead, tho … so I will forever be devoid of this pleasure. Alternatively a crispy ham hock with dark beer sauce and potato dumplings.”

“Fucking Makarov. Because I wanna see his autistic, cynical view on this community! (He is fine with this choice of words, I can assure you!)”

“I really just want to know, how this man looks at this world. Makarov has always proven to be a refreshing new insight in problems, if he wasn’t too busy throwing dank memes into a discussion to participate in it. I just wanted to ask him, what’s his honest opinion on the future of this community, gaming in general and the whole of humanity.”

Now Ambiguous had a question from his interview: “I would love to ask him, exactly what drove him to the world of Arma.”

“Basically I just saw one of my friends play Arma Deathmatch, joined him, then switched to King of the Hill and during my time of degeneracy there I noticed how beautifully intuitive all that shit was. Real terminal ballistics, actually calibrated scopes and the giant map gave room for so many scenarios that promised to never get boring or repetitive (I came from a CSGO background, ok? I didn’t know better!).
Since I wanted something more organized than King of the Hill (so anything) I searched for not so serious communities and landed here.”