As TSB is slowly growing, more and more people join the community. Sometimes it’s nice to know and learn a bit more about the people behind the community, the people making it all possible as well as to hear from it’s members, the people that make up the community. We thought it would be nice to spotlight a member of the community every week to get to know them. This week we have number #2 in the series with JCS Auntystatic. 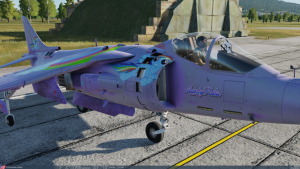 “I am an ancient female gamer from England, my first game was Pong, I think it was the first commercial computer game ever. Today I prefer multiplayer games as it is a quantum leap in enjoyment playing with others.”

“I’m one of the JCS or Joint Chiefs of Staff, I take care of the gaming servers behind the scenes, make sure they are updated with the latest software and mod lists, and of course make sure the bills are paid on time. Also along with Björn, I help manage the teamspeak server, forums, discords and the web site, there is a lot of stuff to do that most members never see.”

“Seeing everything run smoothly and everyone having a good time here playing with other members, as Stuart (TSB4U) says we are all very cuddly here and like things to run smoothly without drama.”

“My number one song is the same as Björn’s (big coincidence) Oxygene IV by Jean-Michel Jarre, it was the very first album I bought for myself so many many years ago, its was like a breath of fresh air compared to the stuff we had at the time mostly ABBA and punk rock. However my current playlist favorite is trance classics rebooted by Scott Bond, its freely available for download on Soundcloud.”

“This is a very hard one to answer, the longest running game I have played is Elite (Elite Dangerous, red.), been playing that since the Commodore 64. Day of Defeat was the first multiplayer shooter I played, it was one of the first Half-Life mods a WW2 sim, Counter-Strike was the other half-life mod that came at the same time although I didn’t play that much. I moved on to Battlefield™ 3 and 4 also a bit of Call of Duty before another member of TSB put me on to Arma 3 which I play a lot. My most recent game I play for hours is DCS World flight simulator, these sims have come a long way since F-16 combat pilot on the Amiga, I also fly X-Plane 11.”

“I have been a computer gamer since the very first consoles came out, the Atari 2600 I think was the really popular one, it had space invaders which got played for hours and hours. I’ve been in TSB for about 5 years now, how time fly’s, starting out as a regular player then as server admin watching 8x battlefield 4 servers at one point, there was much to do back then, moving up the TSB ranks to General, finally being asked to join the JCS.”

I joined TSB when I came across one of their servers and played with the members there, the 2 great clan’s I had previously been in (BCBUD and DAUK) were both behind me and I was looking for something new. The guy’s here welcomed me in and we had such a lot of fun so I joined the TSB Community, clan’s were behind me they are normally very one game oriented where as TSB being a gaming community play’s many different games, but currently Arma 3 has the biggest following.”

“I’ve had a few of these from playing elite with Björn and longrangebeaver, to wiping the battlefield map with other TSB members, I guess one of the best was in Battlefield™ 4 where myself and Goose lead a squad and pushed right across the map, team work really pays off. Then there is my very first op with Liru where I was designated marksman in the squad, killing everything in my scope including bravo squads leader and medic oooops, that was when Liru saw the potential in me and teamed me up with JimboSpike a great Arma 3 sniper.”

“Well I am JCS and what would I change, well right now our public Arma 3 server is not getting any use, so the decision is ‘do I close it down to save money or find something else to hopefully get players on it?’. Thing is it makes a great backup server if one of the 2 primary servers fails, it also makes a great mission testing server, so I’m reluctant to get rid of it, but if its not being used I could save money by shutting it down.”

“The Christmas gaming streams we have, much merriment and fine gaming with many friends having a great laugh”

with 7 speakers in them
home made button boxes, and soon a partial harrier cockpit.”

“Everything is free at TSB!”

“Freshly made doughnuts from the east coast of England, cherry brandy from Lidl and of course Champagne.”

“Sniperwolf, because he is a great guy and takes shit from no one.”

Now BjornTHV had a question from his interview: “I would ask Auntie what her ideas are for the future of TSB.”

“World domination! Ok well just to keep it up there as the best gaming community in the world.”