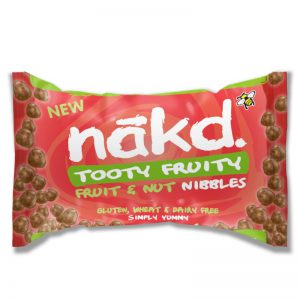 As TSB is slowly growing, more and more people join the community. Sometimes it’s nice to know and learn a bit more about the people behind the community, the people making it all possible as well as to hear from it’s members, the people that make up the community. We thought it would be nice to spotlight a member of the community every week to get to know them. This week is the fourteenth in the series with an chat moderator who guards the Ban-hammer in a few twitch streams TootyFruity70.

“Sooo my name is Tootyfruity though most of the folks in the community call me Tooty, I’m an 18-year-old British university student just starting my first year.”

“Inside TSB itself I’m just a simple gamer who plays OP’s outside I moderate the Twitch chat’s of a few community members notably Nordern and Liru.”

“Seeing the viewer base not ask to kill the player base for once (sadly doesn’t happen enough) so I’m more commonly happy when I finally finish painting a miniature or finally finish coloring some line art.”

“Hmm, that’s a tough one though I think it would be “On Melancholy Hill” by the Gorillaz I just find it quite relaxing to listen to and also find it a little funky which I suppose is the best way to put it.”

“Hmm My favorite game would definitely be the original Call Of Duty and it’s expansion United Offensive it’s what I grew up with and I have fond memories laying on the floor with a big old CRT monitor playing through the campaigns. The Russian campaign was most definitely the most memorable of the three.”

I’ve been gaming since I was about 4 having Started with the original call of duty on PC which my father would let me have a go at from time to time (I wasn’t all that good back then). As for how long I’ve been with TSB hmm… I’ve been around since August 2017 though I became more active towards the end of that year.”

“I started gaming properly around 2011 though as stated before I did start playing video games back in 2004 but I didn’t really fully get into it until later. As for why I joined TSB, well”

“Greatest moment? Hmmm well outside of TSB it would definitely be finishing the Dawn of War dark crusade campaign on hard mode especially when the AI constantly cheats.
As for within TSB I would have to say my best moment was definitely when I was playing Erwin Rommel in Bartie’s time travel campaign and I narrowly avoided those pesky time traveling players.”

“My biggest blunder that I can recall in a game outside of anything TSB related would have to be when I spent a good few hours trying to get an emulated game working (Zeonic front) got it working got halfway through the game and I forgot to save…
As for within TSB my biggest muck up would most definitely be when I thought it would be a good time to throw smoke when charging a field.
Pulled out what I thought to be a smoke with ACE advanced throwing, held it for a bit then tossed it… Turns out it was a frag grenade and ended up killing me, my team lead and another Squad mate.. couldn’t have nades in my loadout for the remainder of the OP, TL’s orders.”

“Hmm if I was a JCS I would ban Nordern for Tarnishing TSB’s reputation by showing us in a silly light and because he is a big meanie (don’t worry I love you Nordern).” 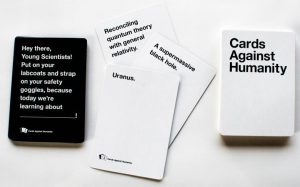 “My best moment so far has been playing Cards against humanity with the guys… and let’s just say we are all bad people.”

“The best bunch of (Generic Swear word) I know”

“My favorite drink would be a nice cup of Breakfast tea and my favorite food would be just a good Venison burger it’s good stuff.”

“How on earth are you able to put up with the new guys in Public Op’s week after week? (would drive me insane).”

Now Mocksybren had a question from his interview: “How many times did you want to purge Liru’s chat?”

“Well, Mocks that’s a good Question I think the simple answer would be every single week. Thankfully for those viewer base gits, I have some restraint (well unless I’m drunk in that case woe be the viewer)”