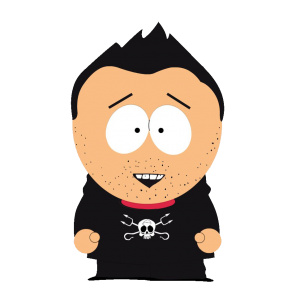 As TSB is slowly growing, more and more people join the community. Sometimes it’s nice to know and learn a bit more about the people behind the community, the people making it all possible as well as to hear from it’s members, the people that make up the community. We thought it would be nice to spotlight a member of the community every week to get to know them. This week we start off with the first one in the series.

“I’m a 35 year old Dutchie from the Netherlands; an avid gamer since 1994 both online as well as offline. I enjoy a good game with good company, the game itself is less of an issue though, I can get along in most games. The company I’d say is the most important, especially in co-op games such as Battlefield or (MMO-)RPG’s.”

“I’m one of the JCS, the “council” of the community. TSB is not lead by any one person, it’s a group of people that decide on everything that involves TSB as a whole. My “job” is really broad, I take care of everything web-related. Most of my work is behind the scenes, I run all our web-services, servers and social media. This includes Teamspeak and Discord. Then I do a lot of policy-work, content stuff and some innovation and development work together with Auntie (Auntystatic, red.).”

“When I hear people having fun in our community, a day without moaning and groaning and everything running smoothly is a day I remember as being a “good day”.”

“That is a difficult question to answer, as I have a varied taste in music and it depends on my mood, but if I’d have to name one, it’d be “Oxygene Pt.4” by “Jean-Michel Jarre“. It’s not a well known artist, although most people my age have heard his music at one point in their life… I have a lot of other genres on my playlists, from orchestral to gothic-metal and from new-age to Trance. Years of radio broadcasting and musical experimentation left me with a broad taste.”

What is your all-time favorite game at this point in time?

“The game I have played the most, according to Steam, is “Elite Dangerous“, and although I enjoy that game immensely, it is NOT my favorite game of all time. If I had to pick my most favorite game of all time, that award would go to “Dune 2000” (1995) by Westwood Studio’s. Not just because I played that game for years and years, but also because I really liked the movie and the story behind it with the factions Atreides, Ordos and Harkonen etc. If you have never seen the movie, I’d highly recommend it. It’s a nice alternate-universe Sci-Fi movie starring Patrick Stewart, among others.”

“I’ve been a gamer since 1988, when I got my first computer at the tender age of 6, a Commodore 128. A second hand machine my father got from a colleague that heard that I was interested in computers. A short while later I got my first PC, I still remember the damn thing, a Headstart II with Intel 8086 with a whopping 32Kb of RAM running at 8Mhz. Operating system was MS-DOS 3.3… So you think you are old? I started without GUI… Both on the Commodore and PC, all was text. My first PC game was “Sopwith“, my first Commodore game was “Silent Service“. 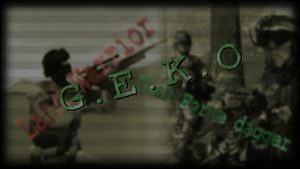 “My first online gaming experience was playing “Novalogic” games such as “Delta Force: Land Warrior” and “Delta Force: Black Hawk Down“. I joined a little, but well known, squad called “GEKO-squad”. In those days they were one of the first clans ever. We’re talking 1999/2000’ish. I’ve been with them for a long time, at least 4-5 years, until the group started falling apart. One got married, another divorced, yet another joined the military, some other got a new job, one by one the people started leaving and in the end it was just me keeping the website up and running. So I decided to close it down as I hadn’t seen a new member in years. Funny thing is that we are all still friends on Facebook and we still have a “legacy” group there with all the members that we knew and could contact.”

“I’m a member of TSB since January or February 2012, barely two years after it was founded, and quickly rose through the ranks as I was (and still am) a frequent player. When one of the JCS left, I was voted in and quickly started working on the website, one of the things they needed help with as it was running on some proprietary system that they once bought and lacked, well, looks and content. I won’t go into any details though, as I don’t want to beat a dead horse. Let me just say that all we have now is the work of Auntie and myself. Don’t forget Auntie, I may be the more visible guy, tinkering with the website, but she helps a lot with the development and innovations.”

“The thing that got me started was an ad in a magazine that I stumbled upon at a birthday. It so happened that a colleague of my father was overhearing me saying something along the line of “computers? Awesome!”, and he got me my first one. A Commodore 128, as he believed that if I mastered that particular computer, I could master all… As it’s a lot more hands-on than most PC’s you have nowadays.”

“The reason I joined TSB is a bit more vague, I can’t remember exactly how it happened, but I believe I was recruited as I played on their servers almost daily and my old “platoon” was no more…”

What do you consider your greatest gaming moment/achievement? and in TSB? Can you tell us a bit about it? (What game, maybe credit some people?) 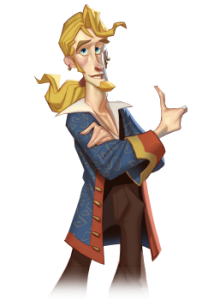 “My greatest gaming moment was finishing “The Secret of Monkey Island” without cheats or reading any manuals whatsoever. And I’m not talking about the remake, I’m talking about the original from 1990… Using a rubber chicken, a rope and a paperclip to create a sling to get across a pond… Very McGyver’ish. I loved it.

My greatest gaming moment in TSB is when I joined a Battlefield 4 server with 3 others from TSB (UKSniper, TSB4U and I believe it was SerratedRabbit) and we completely dominated that map from front to end without too much effort. Some people left the server because they either rage-quit or couldn’t handle the fact that we, well, pwned them… It was a great feeling, and when we switched teams out of pity, the balance was completely thrown the other way and they had no idea what hit them and we conquered all flags back in less than 10 minutes…”

“My biggest gaming blunder… Right… Well, that’s not so hard, actually, that was allowing myself plus 2 friends to get stream-sniped in Elite Dangerous not too long ago… Yeah I know, but at least I know that it happens to the best of streamers… So I’m in good company.”

“I don’t think that question applies to me, but hey, I encourage everyone to use the “Suggestions, Requests, Ideas & Constructive criticism” forum to send in ideas! I’m open to ideas. If they are reasonable, we will seriously look into them or even implement them. If they are not, I will explain why not.”

“Playing with friends, having fun, laughing our asses off, making fun of ourselves and others… Being able to agree to disagree and still have meaningful conversations…”

What do you typically use to game? (Give specifications if you wish)

mouse… I have my Saitek X55 Rhino

HOTAS, I have a Logitech Pro Flight Rudder Pedals

. Somewhere in the storage I also have a Logitech Driving Force GT

wheel and pedals setup… Then I have a lot of Audio-equipment hooked up for music, audio and other editing. So yeah, my computer has a lot hooked onto it.”

“A no-nonsense gaming community by gamers for gamers.” 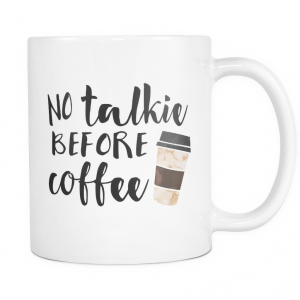 “Tibetan Momo’s (some sort of dumpling) as food… And for Drink I’d have to say Coffee, although I like my occasional Whiskey in the weekend (You can also put whiskey in coffee, and that tastes good too, lol).”

“I’d nominate Auntystatic, as she’s one of the people in TSB I’d genuinely call my friend, besides the fact that she is also one of the JCS, that is merely coincidence.”

What would you ask this person you want interviewed? (we will ask this if the question is descent and we have not published the interview already)

“I would ask Auntie what her ideas are for the future of TSB.”